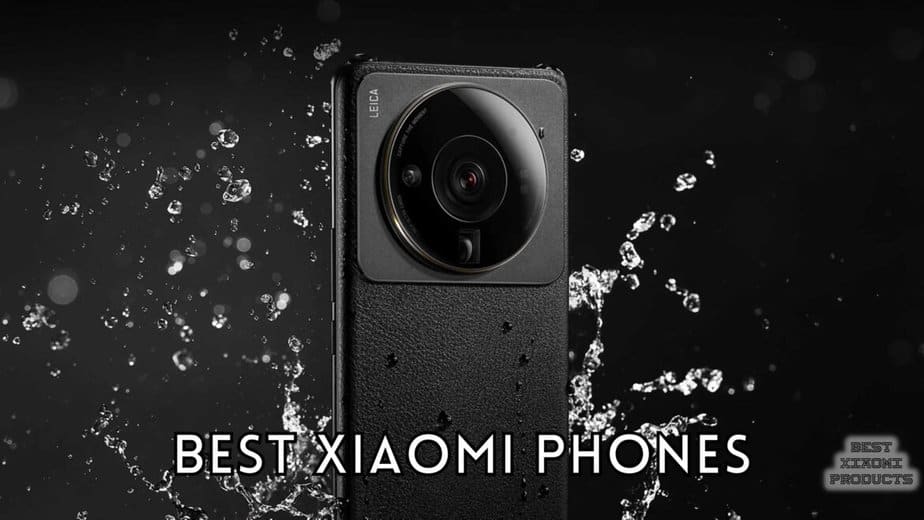 Store Description: The biggest Xiaomi store on Aliexpress. From the latest Xiaomi phones to the best Xiaomi gadgets. You can find the best rates on Xiaomi products here!

Which is the best of the lot? We bring you the latest review of the Best Xiaomi Phones 2022.

If you are located in Singapore, Malaysia, Philippines

Looking to get your hands on a new Xiaomi phone? Here are some of the best Xiaomi phones you can buy right now.

While you can see unique Xiaomi products and gadgets like Smart Shoes and Toothbrushes pop up here and there, Xiaomi still makes some of the best Phones. Check out the Best Xiaomi Phones for all the details.

Today, we are going to review the latest and Best Xiaomi phones. Xiaomi certainly has some fantastic and interesting phones under its Redmi and Mi sub-brands. So let’s find out what should be your next Xiaomi phone.

The Ultimate Xiaomi phone for 2022 is the Xiaomi 12S Ultra. The Xiaomi 12S Ultra can go head to head with the likes of the Samsung S22 Ultra and iPhone 13 Pro Max. The phone features all the best specs and features that make it an attractive option for anyone who wants the best of the best.

The Xiaomi 12S Ultra is easily the best Xiaomi phone thanks to its 120Hz AMOLED screen, SNapdragon 8+ Gen 1, and a 1-inch Leica sensor. These are currently the best specs you can get on a smartphone, and they translate well into real-world performance as well.

The Xiaomi 12 series features the company’s flagship for 2022. With an updated design and specs, there‘s a lot to be excited about them. The phones are starting to launch globally with Xiaomi 12S Ultra spearheading the lineup along with 12 Pro, 12, 12X, and 12 Lite.

The Xiaomi 11T is the best Xiaomi phone you can buy in the US right now without having to worry about importing and other problems. The phone has a beautiful AMOLED screen and competent cameras for the price.

The phone is powered by Snapdragon 888, which is still a ridiculously fast CPU. The 11T Pro supports 5G along with all the bands (14 bands) you will need. This is easily one of the best Xiaomi Gaming phones you can buy right now.

The Xiaomi 11i comes with a cool design, good processor, and impressive battery technology (Hypercharge model) which makes it an attractive option for budget gamers.

Highlights of the Xiaomi 11i 5G include

Premium Design – One of the best-looking phones under 25,000 INR with glass on both sides and an IP53 rating.

Good Charging Tech – 67W fast charging technology on the Xiaomi 11i 5G and 120W on Xiaomi 11i Hypercharge 5G.

Competent Cameras – One of the best smartphone cameras under 25,000 INR.

Powerful performance, capable cameras, and a beautiful display make it a great choice for under 25,000 INR.

As the name suggests, this is a 5G phone. And what is impressive is that the Redmi Note 11 Pro 5G supports 13 5G bands unlike the others in its price category that only support a few.

There is no mmWave support, but given the price that is not possible. It will run on T-Mobile and Mint without any issues.

While the Redmi Note 11 Pro 5G is impressive as a 5G phone, it is also an impressive smartphone. It has a class-leading AMOLED display, excellent design, good performance, and a large battery. It is easily a top contender for the best budget gaming smartphone in 2022.

Xiaomi’s Ultra model from last year is still a great option if you want the best when it comes to hardware and features.  The Mi 11 Ultra is powerful, big, and versatile. You get two screens, one of the biggest camera sensors on a smartphone, and a large battery with 120W fast charging support.

It is truly the Ultra gaming smartphone. It is also an Ultra 5G phone with support for 13 5G bands and mmWave. If you are tired of waiting for the Xiaomi 12 Ultra, go ahead and get yourself one of these bad boys.

One of my favorite Xiaomi phones is the Xiaomi Mi 11 Lite NE 5G. It has everything I need in a smartphone. A sleek, lightweight design, powerful processor, beautiful 10-bit AMOLED screen, and Lite price tag.

The Xiaomi Poco F3 is an impressive mid-ranger with last year’s flagship Snapdragon 870 Chip. The phone is well-rounded with decent camera hardware and a large battery too.

When it comes to 5G capabilities the Redmi K40 Pro supports 12 5G bands with no mmWave support. It will run on supported carriers in the US without issues.  For the price, the Redmi K40 Pro punches well above its weight making it one of the best Xiaomi Gaming phones.

The Xiaomi 11i is the new midrange phone to beat. With a strong focus on offering the best value for money, the Xiaomi 11i should excite young users that want a complete package at a reasonable price.

Xiaomi’s made a name for itself as a brand that offers great value for price across many of their product lines, but they’ve taken it even further with the Redmi Note 10 Pro – arguably one of the best-value smartphones ever.

For example, you wouldn’t expect a sub-S$400 smartphone to come with a premium Gorilla Glass 5 front and black but the Redmi Note 10 Pro does. The smartphone also comes with IP53 water and dust protection, a powerful dual speaker stereo system, a gigantic 5,020 mAh battery, and 33W fast charging that can give you up to two whole days of battery life after just an hour and a half plugged in.

In terms of performance, the Redmi Note 10 Pro is smooth, fast, and powerful. The gaming-optimized Qualcomm Snapdragon 732G chipset offers a great, mid-range, middle ground between performance and power efficiency, so it’s great for games and other demanding apps – especially on its silky and vibrant 120Hz AMOLED display.

The camera system is fantastic, too, with the same kind of hardware you’d expect from a modern flagship – 108 mp main camera, 8 mp ultrawide, 5 mp telemacro, and a 2 mp depth sensor. Plus, Xiaomi’s advanced computational photography features make the camera system even better. It even comes with flagship features like an enhanced night mode for better low-light photography, a long exposure mode for some unique creative shots, dual video, pro-time-lapse, and more.

The camera lacks video stabilization features, but you can rectify that by getting an action cam if you need smooth, stable video when you’re running around, and the lack of 5G connectivity won’t even be a problem for at least a year or two while the world’s still operating happily on LTE networks. From where we’re standing, that are a lot of pros for the Redmi Note 10 Pro, and at this price point, barely any cons at all.

Check it out on AliExpress here.

The Xiaomi Redmi K40 is one of Xiaomi’s Latest smartphones for 2021. While it still will take time to be available internationally, it has already received a positive reception from the Chinese market. This Flagship model comes with an upgraded display, unbelievable sound performance, and a stellar user experience.

This beast offers the complete flagship experience. For example, it comes with an IR blaster that lets your control all the traditional household appliances. It also of course comes with NFC for contactless payments. Most importantly, it has an X-linear motor that enables powerful vibrations and quick response.

Xiaomi’s phones aren’t that cheap if you think about it. They are competitive. Although Xiaomi’s CEO had mentioned that they won’t earn a profit of more than 5% per device. Xiaomi like other smartphone makers is not reliant on the profits of their smartphone products to keep the company alive. Xiaomi sells a lot more products than just smartphones.
They make a lot of money on their products like toothbrushes and other electronics.
They split their profits among these products and this is why they can price their products cheaper.
This does not mean that their products are inferior. After all, the Mi 10 Pro and the Pocofone are some of the best phones in their respective categories. Check out our list of the Best Xiaomi Phones for more details.

Can a Xiaomi phone last for 3 to 4 years?

Truth be told, Xiaomi phones were pretty poor in the past. I’ve personally been at the receiving end of the Xiaomi Mi 4i’s very poor performance. Especially the hardware, it used to be bad in the initial years ie. 2011-2013.
But Xiaomi has come a long way. They’ve worked on the software and the hardware over so many years and have made some pretty awesome phones. Some are unmatchable in their respective price ranges.
The Pocofone series is a perfect example of durable phones that have amazing software and hardware. Even the latest Xiaomi phones like Mi 10 Pro and Mi 9S are quite sturdy. Check out our list of the Best Xiaomi Phones for more details.
Currently, Xiaomi is making some pretty awesome phones and they do last for about 3 to 4 years without any issues.

What is the Best Xiaomi Camera Phone?

If you are looking for the Xiaomi phone with the best camera then look no further than the Xiaomi 12S Ultra. Not only is it considered the best Xiaomi camera but it is a flagship model that is meant to be a direct competitor to Samsungs Galaxy S22 and Apple’s iPhone 13. Check out our list of the Best Xiaomi Phones for more details.

The right answer is no. Xiaomi phones aren’t meant to compete with Apple iPhones.

What aspects are iPhones better than Xiaomi phones?

Apple’s iOS software is much much better than Xiaomi’s MIUI. The MIUI is bloated and has a lot of firmware and bloatware added to it that you cannot delete. Apple’s iOS is more intuitive, user-friendly, and blazing fast.

Apple’s hardware is a tad better than Xiaomi’s hardware. They use a glass finish with aluminum, whereas Xiaomi uses a lot of plastic for the cheap models and uses glass and aluminum for the premium models which is good.

Apple’s chipset is their own and it works beautifully with the hardware, whereas Xiaomi’s chipsets are mostly others like Snapdragon among others. In this department, Apple is a tad better.

Apple’s battery life keeps getting better and better. Xiaomi’s certain phones have good batteries while some others like the K50 have known battery issues.

However, there are exceptions.

While Xiaomi’s space is the mid-range market. It does have a flagship model that can go toe to toe with Apple’s latest iPhone 13.

The Xiaomi 12 is an absolute beast of a phone that has more or less the same features as the iPhone 13. It takes the cake as it provides a customizable user interface and is hundreds of dollars cheaper than iPhone 13.

The Xiaomi 12 is one of the Best Xiaomi Phones!