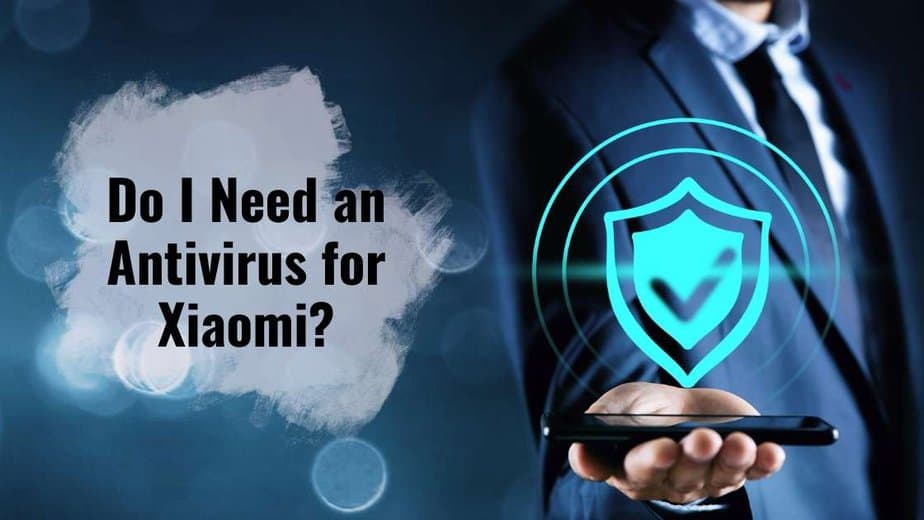 I’ve been using Xiaomi phones for years and have never faced any issue with the device in terms of malware or viruses. That could be possible because Xiaomi has their own antivirus or just that I don’t fiddle too much with my phone.

But I’ve also heard of users facing issues with their Xiaomi phones where their personal information was left vulnerable and open to attacks. Now, while this doesn’t necessarily happen to everyone, there’s still a chance that your data might be prone to getting leaked as well.

By now, you must be wondering, do I need an antivirus for Xiaomi? And Is it secure enough to withstand cyber attacks or phishing?

After doing some research on the topic, I can tell you that your Xiaomi phones do not require an antivirus if the device is being used for day-to-day tasks such as calling someone or messaging a friend. That’s because the device comes with a pre-installed antivirus software that keeps your information and data secure. The only time when you would need to install an antivirus on your Xiaomi is when you’re using your device for work, carrying out many financial transactions or if you’re visiting suspicious websites and downloading dangerous content onto the device.

To help you understand this better, I’ll cover all there is to know about Xiaomi’s built-in security system and explain whether it’s secure enough or not.

I’ll also recommend three antivirus software that you can consider using on your Xiaomi smartphone or tablet in case you’re scared that the stock software won’t do a good enough job.

How Secure is the built-in Xiaomi Antivirus?

Many of the known virus and malware attacks on Xiaomi devices have been attributed to downloading illegal or modified apps from third party websites.

Xiaomi, POCO and Redmi devices that are running on MIUI 8 or above will come with a built-in antivirus software called Security Scan that keeps the device protected from basic types of attacks.

The issue however, is that even though these devices use either AVL, Tencent or Avast antivirus engines, they will not keep the device completely safe from new viruses or malware.

To ensure that all your data and information is kept safe, you might need to consider investing in a premium antivirus software such as McAfee, Norton, or Kaspersky.

When Do You Need an Antivirus on a Xiaomi Phone?

Xiaomi phones can get infected by installing malware or illegal apps onto the device. Hackers tend to infect apps by inserting a malicious code or virus into it and then seeding that infected app online.

These apps (that are not found on Google Play Store) are considered dangerous and there’s no guarantee that the app doesn’t contain any malicious code. So to be on the safer side, it’s always good to refrain from downloading apps that are not verified on the Play Store.

There’s also a chance that by downloading torrents or opening phishing emails, you can potentially infect your Xiaomi phone with a virus or malware

Here are a couple of times you will need to have an antivirus installed on your Xiaomi phone.

What Antivirus Should I Install on my Xiaomi Device?

The Google Play Store is flooded with many free antivirus software that are compatible with Xiaomi devices, but these antivirus’s make the phone slow and can be buggy at times.

So i’m covering these three antivirus software that I think will keep all your data protected.

McAfee mobile security is one of the most premium antivirus software around with over 50 million downloads so far.

The application is loaded with an antivirus software, a VPN proxy as well as an anti-theft feature to keep your Xiaomi phone safe and secure.

It also has additional features that can help boost your performance such as battery booster, storage cleaner, and memory management among others.

The app is free to download on the Play Store, but if you want to unlock its premium features you will have to purchase a subscription plan.

Subscribers also get access to family and home plans that allow you to use the software on different devices in the family.

Norton 360 is an award winning security software that helps protect your Xiaomi smartphone from ransomware, malware and spyware.

Norton 360 even provides security to those surfing the dark web as well as it’s capable of running regular automatic scans on your Xiaomi to ensure everything is running smoothly.

Kaspersky mobile antivirus is one of the top rated antivirus applications on the Google Play Store and is highly recommended for its up to date and easy to use interface.

The app is available for free, but you will need to purchase a plan in order to access premium features.

Kaspersky mobile antivirus is known for its ability to protect your devices against viruses, spyware and malware and even provides real-time protection for your Xiaomi.

The app also features web filters, an anti-phishing feature and a find my phone feature in case you end up losing the device.

Things to Keep in Mind to Secure your Xiaomi Phone

There are a couple of things you should consider when using your Xiaomi phone to ensure your information and data is kept safe.

While there’s no hard and fast rule that an antivirus is a must on a Xiaomi device, installing one on your smartphone depends on what the phone is being used for and how.

Keeping this factor in mind, you need to decide on whether or not the built-in antivirus is good enough or if you have to invest in a premium antivirus to protect your data.

If the antivirus software mentioned above are expensive and you want something a little bit cheaper, and does the same job, try Avast antivirus or AVG antivirus by typing out their names in the search bar on the Play Store.

What is Xiaomi Security scan?

Xiaomi security scan is an official MIUI app that is designed to keep your Xiaomi smartphone safe and optimized. It’s free to download and lets you clean the phone, lock apps, scan for viruses and malware and even boost the RAM.

How to scan Xiaomi for viruses?

You can scan for viruses on your Xiaomi phone by using the built-in security app. Launch the app by clicking on the Security Scan and then tap on Virus Scan. Next, go ahead and tap on the Settings Icon from the top right corner of the screen and click on Definitions and then enable AVL, Tencent and Avat. Now, check for updates and then scan the phone once again using the new database.

Should I get an antivirus for Xiaomi Mi 11?

Xiaomi Mi 11 comes with a built-in security scanner and you wouldn’t need to download an antivirus unless you’re dealing with private and confidential data or with high monetary transactions on the phone.

Which antivirus is best for Mi phones?

Xiaomi, Poco and Redmi phones use MIUI and all devices running on MIUI 8 and above will come with a built-in antivirus that’s quite good for day to day use. However, if you want to use a premium antivirus on your Mi phone then the top three are McAfee, Norton 360 and Kaspersky.