Home Smartphones How to Overclock a Xiaomi Phone 2022 | Does Overclocking Really Make a Difference?
SmartphonesGuides and News

How to Overclock a Xiaomi Phone 2022 | Does Overclocking Really Make a Difference? 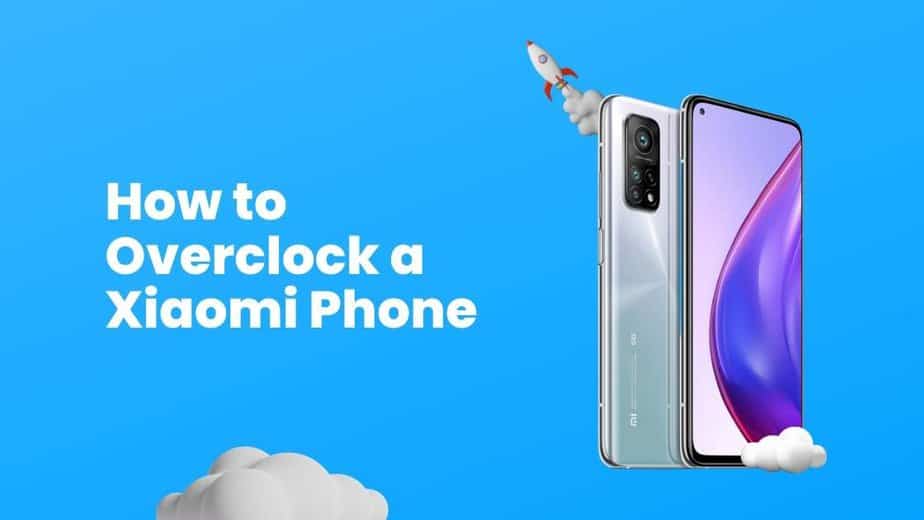 After using different Xiaomi phones over a number of years, I’ve come to realize that the MIUI skin has quite a few hidden features and there’s a lot that’s limited by Xiaomi.

For example, did you know that Xiaomi users are able to overclock their smartphones to achieve better performance, all thanks to MIUI?

Well, that’s exactly what I’m going to talk about today, how to overclock a Xiaomi phone.

Overclocking an Android phone generally requires access to developer options and you’d then have to search for the GPU overclock option and enable it.

MIUI on the other hand makes it a flawless process by simply entering a code in your dial pad post enabling developer options on the Xiaomi device. The same process works on all MIUI based phones and can only be activated on models running Snapdragon 855 or later.

Read on as I cover how to overclock a Xiaomi phone in detail and take you through the kind of impact it has on the performance of the device.

How to Overclock a Xiaomi Phone

There are two different methods you can use to overclock your Xiaomi phone.

One is by rooting your Xiaomi phone and installing a new kernel that permits CPU modifications and the second is by enabling developer options and overclocking the phone by entering a code in the dial pad.

Both methods technically do work, but it depends on the model of Xiaomi phone you’re using.

For example, I have the Mi 10T (SD 865) and a Redmi Note 4 (SD 625 SoC), the Mi 10T permits overclocking via the developer options method whereas the Redmi Note 4 requires that the device be rooted first.

So make sure you know the specifications of your device before attempting to overclock it.

How to Overclock an Older Xiaomi Phone?

Older Xiaomi phones, one’s that are pre Snapdragon 855 or do not run on MIUI 11, can be overclocked but they will have to be rooted first.

After rooting the device, with the help of a recovery tool and kernel, was able to tweak the device’s CPU in order to overclock it.

Once the app is downloaded and you have installed it on your Xiaomi phone, launch the app and boost the CPU/GPU speed.

While doing this keep in mind that overclocking your phone will result in the device overheating and some apps will fail to launch, so do this at your own risk.

How to Overclock a New Xiaomi Phone?

Overclocking a new Xiaomi phone is quite easy and it didn’t take me more than a minute or two to have it done. It does require a little knowledge about where certain settings are located, but other than that it’s a breeze.

By default, Xiaomi phones won’t utilize their full capacity while playing games and I noticed this while running Call of Duty Mobile. There were lags at some parts of the game and the device began to freeze if I enabled UHD graphics on the game.

But I did come across a hack on Reddit where a user was able to boot the performance on the phone by enabling Performance mode.

If you’re experiencing lags on your Xiaomi phone, consider giving these steps a try. It’s still better than rooting your phone and overclocking it.

Does Overclocking Make a Difference?

Truth be told, not that much. It’s difficult to gauge the difference in performance between a Xiaomi phone that has been overclocked and one that is running on a stock ROM or hasn’t been overclocked yet.

Like, I didn’t notice much difference while playing games on the Mi10T after overclocking it, but the Antutu scores show otherwise. However, when I overclocked the Redmi Note 4, I did notice a slight difference in the fluidity of apps and performance of the device.

I guess in order to notice a visual increase in performance, the device has to be older running on lower specs which the Mi10T isn’t, so it’s probably why I didn’t notice any visible changes to the performance post overclocking it.

What are the Advantages and Disadvantages of Overclocking a Xiaomi Phone?

There are a number of advantages and disadvantages of overclocking a Xiaomi device. I’ll take you through a couple so you get an idea of what you’re getting yourself into by overclocking the phone.

Alternatives to Overclocking a Xiaomi Phone

If your Xiaomi phone is running low on performance, then instead of overclocking the device why don’t you consider freeing up space and getting rid of unwanted apps and bloatware.

I’ve found that by using alternate means to speed up a Xiaomi phone not only boosts the speed of the device but also reduces the chance of the device overheating.

You can try these following quick tricks to boost the speed of your Xiaomi phone.

Is it good to overclock your Xiaomi phone?

While it’s not illegal to do, overclocking a Xiaomi phone can prove fatal when the device begins to overheat. This is not a good idea to overclock a Xiaomi phone as the device has been designed to perform at a particular speed for a reason and by crossing that threshold, you’re damaging the phone and its internal components.

How do I enable overclock on my Mi?

To enable overclock on a new Mi phone, enable developer mode from the Settings menu and then access the dialer app and type “*#*#8106#*#*” and hit send.

Can the Mi 11x be overclocked?

Yes, the Mi11x can be overclocked because it’s running on a later version of MIUI and uses a new Snapdragon processor that permits overclocking.