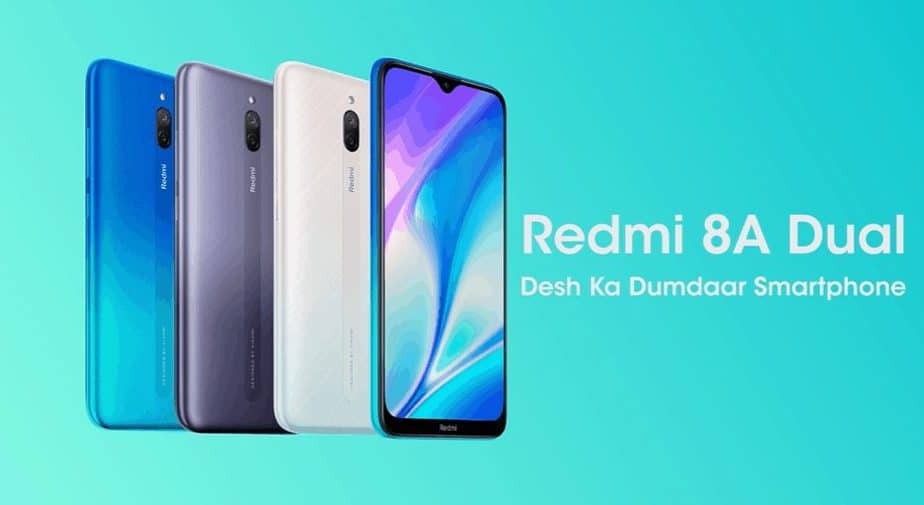 Although Xiaomi in general launches a few smartphones, Xiaomi India seems to have a new phone every 3 or so weeks. The number of variants that have flooded the market is absolutely insane. They target every single segment in terms of price and have managed to dominate the smartphone market in India. Do you want to know the Latest Xiaomi Smartphones in India? Then read on for all the details.

Xiaomi phones are extremely popular in India. This isn’t just because they have one for everybody but also because of the high quality of these phones and the budget-friendly prices. These smartphones have become a must-have gadget in the country, so much so that it’s developed locally.

Read on and find out which of the Latest Xiaomi Smartphones in India are absolute dominating the Indian market.

Not only is this Dual Nano Sim Phone it sleek and light but it can easily handle heavy tasks. It pretty lightweight weighing only about 198 grams and just the right size with dimensions of 163.3 x 77 x 9.1 mm.

With, this phone is pretty sleek and light with a weight of 198 grams. you can barely feel it’s existence. Like most Xiaomi phones it has a Gorilla Glass 3 in the front and plastic frame. However, It does come with a fresh design scheme which is refreshing.

This phone has a gorgeous design. Especially, the circular design around the camera which gives a sense of elegance. The phone has a gradient colour and a unique textured design that prevents smudges and fingerprints. It’s one of the Latest Xiaomi Smartphones in India.

The Mi 10 is Xiaomi’s flagship that was launched last year. Not only does it look classy and elegant but it’s also equipped with a bunch of features that make it one of the best phones in the market. In fact, this phone can easily come out on top even when compared to the likes of the higher-end Samsung and Apple phones. This isn’t just because of its insane hardware or soft but it can be primarily attributed to the extremely affordable price point.

This phone is absolutely gorgeous with curved glass and slim bezel design. Since it’s a phone that is designed to run high processing apps. it comes with a multi-level cooling using graphite and Graphene and a vapor cooling chamber. This results in uninterrupted performance and speed. The Mi 10 5G phone is priced at Rs. 49,999 making it one of the most expensive Mi phones in the market. It’s one of the Latest Xiaomi Smartphones in India.

The Redmi Note 9 Pro Max is basically the higher-end version of the Redmi Note 9 series and it was primarily developed to focus on true value for money experience. You’ll be left wondering: How can this cost only Rs. 18,500 when it can offer such amazing features and performance.

The Redmi Note 9 Pros Max is identical to the Redmi Note 9 Pro in appearance. However, the difference lies in the camera. The more premium Pro Max has batter selfie and back cameras. It also has more RAM and faster charging. The craziest thing is that these multiple naming conventions and pricing actually did make to make the Note 9 Series of phones dominate the mid-range phone market in India.

With dimensions of 65.5 x 76.7 x 8.8 mm, the phone looks standard and decent and as mentioned earlier looks similar to the Note 9 Pro. It’s important to note that while the design isn’t the most amazing it’s still pretty high-end for such a low-range phone. However, it is quite bulky and may be difficult to grip due to the bulky battery.

The Redmi 8A Dual also hit the Indian markets last year and it’s the probably the best low-end phone in the market. Not only is it budget-friendly with a measly price of Rs. 8000 but it also has insane features and beast-like battery life that ensures it goes on for days. It’s one of the Latest Xiaomi Smartphones in India.

This phone has an Aura XGrip Design which offers an exceptional grip which makes this phone perfect for rough use. This type of grip is the result of a unique texture on the backside of the phone which prevents the phone from slipping. it also maintains the looks as it doesn’t smudge easily. This pocket-friendly smartphone is one of the best selling phones in 2021.

This beauty is famous for being the Flagship Killer 2.0 and has recently taken over India by storm thanks to its cool features and unbelievable price. It’s known as the flagship killer because it’s priced extremely lower than other flagship models with the same specs.

Xiaomi takes its Aura design to the next level with the Redmi K20 Pro. The graceful and yet contemplative design really comes to life as light hits it. The beautiful design makes this phone look like a living entity. Even the texture is incredibly smooth. Priced 25,000 this phone meets the benchmark to be considered an “everyone phone”.

Which is Mi latest phone?

The latest Mi phone is the Redmi 9. Not only is it filled with a bunch on cool features it also has an amazing design that makes it one of the most popular phones in recent times. It also has a brilliant IPS LCD capacitive touchscreen Display and an exceptional processor that create an immersive experience with regards to visual content like games/movies. You can also expect seamless connectivity from this phone. Check out our list of the Latest Xiaomi Smartphones in India for all the details.

Which Xiaomi phone is best in India?

The best Xiaomi phone in India would have to be the Mi 10. Although it was launched last year, it is still one of the few flagship models that are absolutely dominating the Indian market. It essentially has the specs and features of a high-end Samsung. However, it’s so popular because of the cheap price of Rs. 49,999. It’s of course, cheap compared to the iPhone 12 and Samsung Galaxy S20.

It offers the same processing power and is equipped with the same camera as a Samsung S20. Additionally, it has a classy and elegant look with gorgeous curved glass and slim bezel design Most importantly, it is equipped with a bunch of features that make it one of the best phones in the market. For example, it has a snapdragon 865 that’s built for the 5G era.

It is designed to run apps that require high specs. It also happens to be a solid gaming phone and comes with a multi-level cooling using graphite and Graphene and a vapor cooling chamber. It’s one of the Latest Xiaomi Smartphones in India.