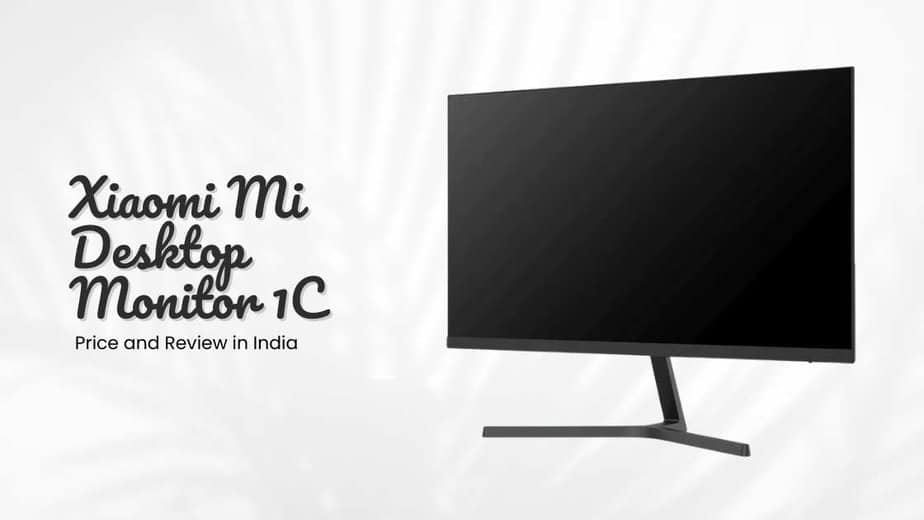 Let me take you through Xiaomi Mi Desktop 1C Price and Review in India and see whether or not this 60Hz 23.8-inch IPS display is still up to the task in today’s work from home culture.

The Xiaomi Mi Desktop Monitor 1C was first released in December 2020, but its release in India is still awaited. The speculated price of the Mi desktop monitor 1C is 15,499/- INR and there’s no update on when we would get to see the 1C launched here.

The back of the Xiaomi Mi Desktop Monitor 1C is pretty simple too, there’s a Mi logo as well as 4 ports including the power input and a joystick toggle button that can be used to navigate the on-screen settings as well as turn on and turn off the display.

On the back there is only a single HDMI port, one D-Sub port, and a menu joystick. There was no 3.5mm audio port and the lack of functionality made it seem like Xiaomi designed this monitor without entertainment in mind.