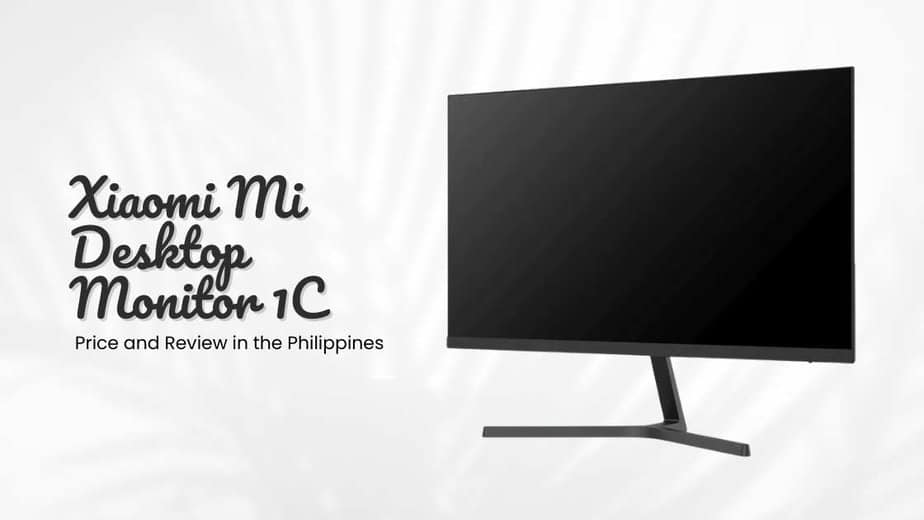 Let me take you through Xiaomi Mi Desktop 1C Price and Review in the Philippines and see whether or not this 60Hz 23.8-inch IPS display is still up to the task in today’s work from home culture.

The back of the Xiaomi Mi Desktop Monitor 1C is pretty simple too, there’s a Mi logo as well as 4 ports including the power input and a joystick toggle button that can be used to navigate the on-screen settings as well as turn on and turn off the display. .

On the back there is only a single HDMI port, one D-Sub port, and a menu joystick. There was no 3.5mm audio port and the lack of functionality made it seem like Xiaomi designed this monitor without entertainment in mind.