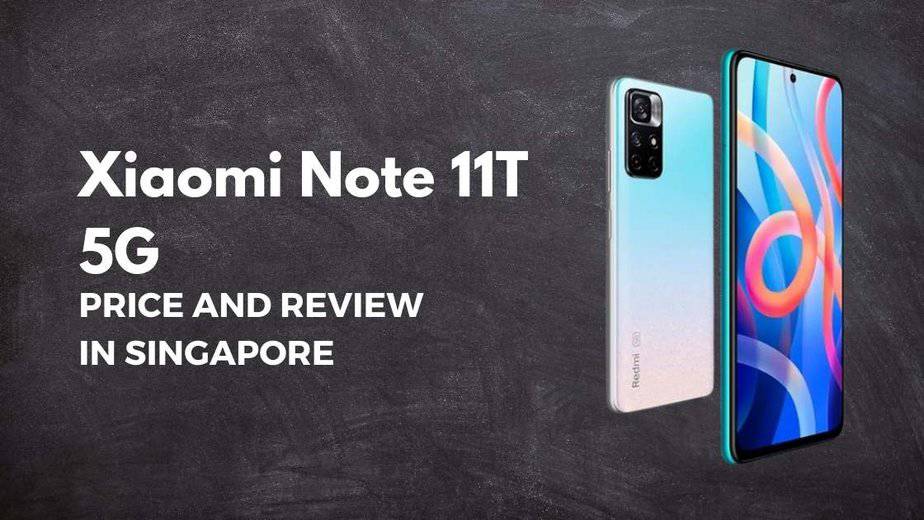 Late last year Xiaomi launched their cheap and affordable smartphone, the Note 11T 5G. It was considered to be an upgrade from the Note 10T and that’s exactly we found it to be.

While the Note 11T might not be on everyone’s mind, I felt that it’s designed specifically for those who are okay to compromise on performance, but would like a cheap device to use 5G network speeds.

Let’s go over the Xiaomi Note 11T 5G price and review in Singapore to figure out whether or not the device is meant for you. At the end i’ll even include where you can get your hands on one in Singapore by listing out some popular sellers.

The Redmi Note 11T was launched in December 2021 in Singapore and was released to the public in the same month. It was priced at SGD 455 at launch but there has been a steady drop in the price over the last couple of months.

Decent Processor – Powering the Note 11T is a MediaTek Dimensity 810 5G (6 nm) processor. This octa-core beast is able to perform at peak levels of 2.24GHz and thanks to the DDR4X RAM it’s able to deliver a smooth and responsive user experience.

See also  Xiaomi vs Realme 2022 | Who's Better and What's the Difference?

See also  What you need to know about MIUI 13

I didn’t expect much from the camera since there’s hardly a little improvement over the Note 10T, but the 50MP camera on the 11T does not come with a macro mode or a depth sensor so most of the pictures lacked the natural look.