What you need to know about MIUI 13 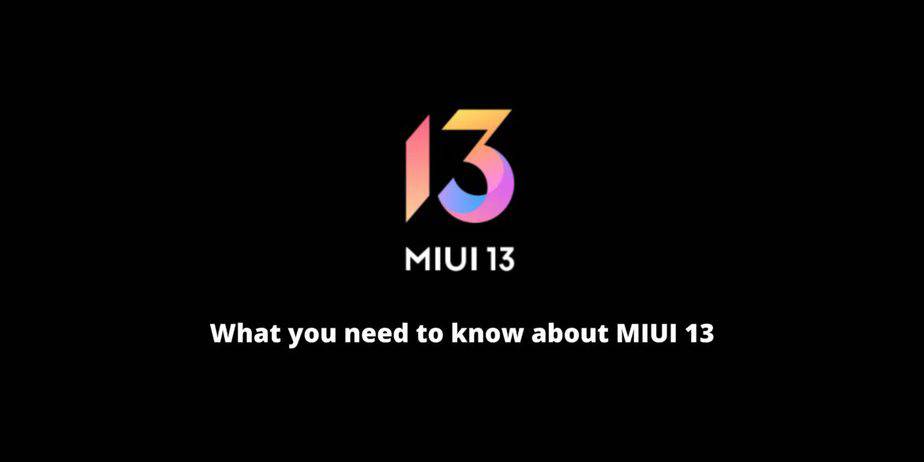 Want to know more about the MIUI the new MIUI 13? Check out our guide on What you need to know about MIUI 13 for all the details.

The mobile operating systems that are coming out these days are getting insanely futuristic. From gestures to stuff like animations and transitions, the UI/UX is not only easy but is far more logical than ever before.

With Android and iOS bringing innovative features. The skins like MIUI are evolving with each OS update is absolutely brilliant. The MIUI 13 which was recently launched is far more advanced than it’s predecessor. It contains features and functionality that will blow your mind.

Related: How To Disable Ads on MIUI

After using Both the Chinese and the English Version of the MIUI 13, I can say with complete confidence that it’s definitely a brilliant update. It’s the kind of update that comes once every few years.

After my team and I put it through a series of tests we discovered that it has drastically improved on various facets:

Xiaomi has significantly upgraded the MIUI 13. In addition to an improved gesture navigation, the MIUI 13 now has a dedicated app drawer, a new file management system, a control center that replaced the quick settings menu and a revolutionary file-sharing system – Mi share. User experience is also elevated with the addition of animations, dynamic wallpapers and much more. And finally, MIUI 13 has ironed out the bugs and issues that MIUI 12.5 faced making it more reliable now.

What you need to know about MIUI 13

With how bug-ridden and glitchy the MIUI 12.5 was, Xiaomi has put a lot of effort into making the MIUI 13 more stable and smooth. There has been a lot of emphasis on the performance aspect of the MIUI 13.

So with the new MIUI 13 update, a lot of users should be happy with the performance of their Xiaomi smartphones. Regardless of which model you’ll be using, you’ll experience smoother and stable performance which is great news.

Keep in mind that these are numbers from Xiaomi themselves, so you have to take them with a pinch of salt. And Xiaomi has used popular apps to test dropped frames so you might still face issues with a particular app, but at least we know that MIUI 13 is moving in the right direction.

Xiaomi also claimed that they have made improvements to RAM management which allows phones running MIUI to have more apps running in the background compared to the competition. So power users rejoice.

Xiaomi claims that they have made some huge improvements when it comes to multitasking performance. Xiaomi has added the following features that enhance multitasking on MIUI 13.

Liquid Storage: This feature is a smart defragmentation tool that manages data stored on your smartphone.

Xiaomi claims that this feature will improve the storage performance of a device over its lifespan.

While it sounds like a good way to manage RAM, we don’t know how it will affect background tasks yet, so we have to test and see.

Focused Algorithms: This feature is meant to dynamically allocate system resources based on usage. So based on an app’s usage, the feature will allocate more or less CPU power, thereby improving performance or efficiency as needed.

While all these performance claims seem like a good upgrade, we can only know for sure if they work as intended after testing MIUI 13.

With security being a huge focus for all smartphone manufacturers, Xiaomi has focused on improving that area with MIUI 13.

With MIUI 13, Xiaomi is making facial verification more secure. Xiaomi is enhancing facial recognition security by focusing only on facial features and preventing people from using photographs to enter your device.

While the MIUI 12 featured many redesigned features, MIUI 13 has been more focused on performance. The MIUI still brings some design changes in the form of tweaks to widgets and more. Here are some images of the changes to widgets.

Xiaomi is also using a new font for its UI called MiSans. It’s a simple font that makes everything look more elegant. Xiaomi is planning to make this font public in the future.

Xiaomi is also including many new wallpapers with MIUI 13. These include live wallpapers.

And finally, Xiaomi stated that MIUI 13 will feature a new sidebar that will improve multitasking for users.

Users can swipe from the side of their display to access the sidebar which can house up to 10 apps. This feature is similar to the Panels features on Samsung’s OneUI.

MIUI 13 is also available for tablets and foldable smartphones in the form on MIUI 13 Pad. This is aimed to improve multitasking and productivity for large screen devices.

Xiaomi is optimising apps for large screen devices too with over 3000+ popular apps already optimized.

The Control Center is one of the new additions that come with the latest MIUI 12 Update. Instead of the quick settings menu and the regular notifications interface, Xiaomi has revamped this portion of the User interface completely. The new-look is quite similar to that of Apple. However, as MIUI is known for its customization, it offers a much better user experience.

Having said that, you can always switch back to the MIUI 11 layout from the settings if you’re really finding it difficult. Other than being customized you also can use the default MIUI system when it comes to notifications. However, we recommend the Google-prescribed method.

Xiaomi received a lot of flack as the MIUI never featured an app drawer. I remember being extremely annoying with the earlier versions at it took me ages to find an app. It’s with the MIUI 12 that Xiaomi has finally decided to introduce this feature.

Most importantly, you also get app suggestions at the top of the drawer. It also comes with a search bar at the bottom and with an option to set up various custom categories. The customization level is pretty cool as it even lets you control the background transparency, making it look elegant.

This animation really brings quality when doing simple things like unlocking the phone. There are also other animations. For example, when going to the lock screen to the home screen, with the background itself changing. It might seem like a simple change to the MIUI 12. However, it’s still pretty damn cool.

Since we’re on the topic of animations, it’s important to mention that there are these extremely amazing animations sprinkled throughout the interface. These animations are futuristic and elegant, making the interface much more interactive and playful.

Xiaomi is holding nothing back with the MIUI 12. While they pretty much ripped off the Control Center from Apple and they’ve also managed to take the floating windows to feature from Samsung. However, I really don’t care about the ethical bit, cause it’s unbelievably useful.

With Google’s Prescribed navigation gestures getting an overhaul with the Android 10, Xiaomi has finally decided to incorporate it in the MIUI 12. The gestures will be familiar to those who have used phones with Android 10. With Google setting the standard, it’s predicted all skins will eventually have commonality with regards to the navigation gestures in the future.

Mi share is one of the most important features that Xiaomi rolled out with the MIUI 12. Basically, Xiaomi, OPPO and Vivo in a collaborative effort launched a file-sharing system across all its devices. The MI share is a one of kind tool to seamlessly transfer files across all Xiaomi, Vivo, OPPO and Realme phones. Unfortunately it’s only exclusive to these phones.

To actually share a file all you have to do is select the file and click on the Mi share Indent. This will automatically search for another eligible device that’s enabled Mi share in the vicinity. As soon as it finds the device, you’ll be able to see it highlight on the page, making it extremely easy to share the file.

The MUI file Manager was always one of the best in the world and it’s getting major upgrades in the MIUI 12. Xiaomi is seriously doubling down on one of it’s winning features with a new interface that makes access and control even more simple.

This new file manager even offers a built-in FTP server for transferring files, which is pretty damn amazing. However, the biggest change is the introduction of an option that the user arrange the folders by name, size, or creation date.

Should I update to MIUI 13?

This is a common question not just with the MIUI 13 but pretty much all new editions of MIUI. You should know that all first editions of any OS will have certain bugs that they fix and refine over time through multiple updates.

However, if you’ve held off on updating your OS to the MIUI 12, then I would urge you to not do the same for the MIUI 13. Even though it is not as fresh as MIUI 12, the performance improvements is much needed. It is better to grow with it. I strongly recommend updating to MIUI 13. Check out our guide on What you need to know about MIUI 13 for more details.