Why is Huawei Banned but not Xiaomi? | 2022 Review 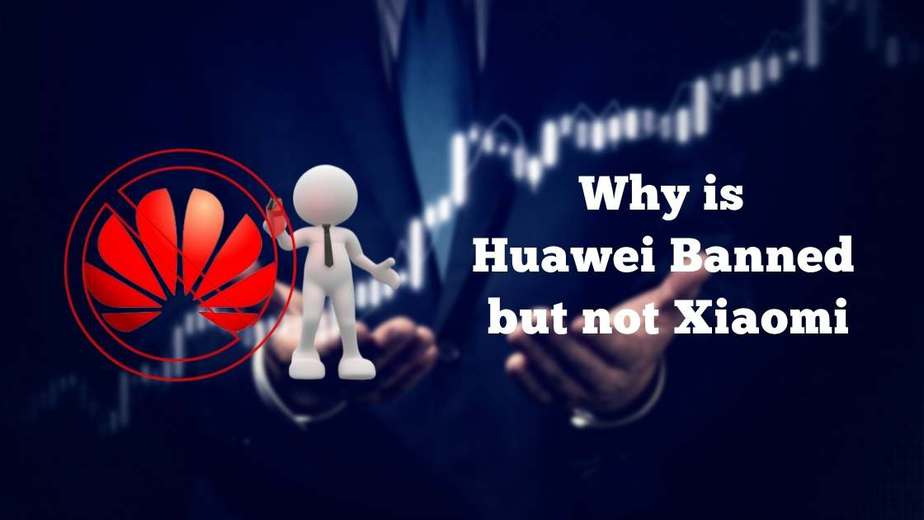 If, why is Huawei banned but not Xiaomi, is on your mind, then this guide will clear any doubts and misconceptions you might have about the topic.

Back in 2019, the then president, Donald Trump signed an executive order to ban the use of telecommunications equipment from foreign firms (mainly Chinese) as they posed a national security risk to the country.

This order resulted in the ban of several Chinese companies that had direct ties to the Chinese military and government such as Huawei and Xiaomi (speculated at the time). This means that these companies were blacklisted and no American company or entity can invest in them.

Fast forward to 2021, Xiaomi filed a lawsuit against the then Trump government to remove the ban, and surprisingly they won the case, granting them permission to resume their activities in the US as of August 2021.

So, the short answer to why Huawei is banned but not Xiaomi is because Xiaomi has managed to move the current government by providing proof that they are neither owned, operated, or controlled by the Chinese military and is definitely not a Communist Chinese Military Company. This is what Huawei has not been able to prove which has resulted in an indefinite ban on the company whereas Xiaomi is able to conduct its business on American soil.

I’m now going to take you through an in-depth look at the whole story here and understand everything there is to know about how the ban has affected Huawei, but not Xiaomi.

Why is Huawei Banned but not Xiaomi?

Why is Huawei Banned in the US?

The United States military and intelligence agencies are deeply suspicious of Huawei, one of the largest telecommunications firms in the world.

“Huawei is a big concern of our military,” President Trump said in 2019, just a couple of weeks before he could sign the executive order to have the company banned in the States.

National security experts say China could use its control over telecoms infrastructure to intercept data from individuals, corporations, and US government agencies.

This includes intellectual property theft and cyber espionage as well as making American networks vulnerable if the US cut its ties with China.

The Entity List is a bill passed by the  US Government to name individuals or companies who are believed to be involved in activities contrary to the national security and foreign policy interests of the United States.

The list is used when it comes down to imposing trade restrictions on a number of products under the Export Administration Regulations (EAR) which is an economic and strategic foreign policy tool used by countries involved in international business for promoting the security and stability of international commerce.

How Has the Ban Affected Huawei?

One of the most pivotal companies forced to break its relationship with Huawei was Google. Forcing the company to lose access to Google Play Services, this move has undoubtedly been a huge blow for the Chinese brand.

Without access to Play Store and its services suite, all of its recent phones and tablets haven’t offered pre-installed Google apps nor the Google Play store, or even first-party apps that depend on such an all-important service.

Although Huawei’s position in the global market has remained strong, they are largely being kept afloat by domestic sales in China where Google is largely absent.

In fact, Huawei has to find alternative chip manufacturers as leading chipmaker TSMC has been barred from producing chips for HiSilicon over sanctions against the brand.

The news comes as Huawei’s mobile division chief confirmed that the Mate 40 series will be its last Kirin-powered flagship.

Will The Ban Affect Other Chinese Telecommunications Companies?

While the US banning Huawei from doing business with companies and firms in America has been making tons of headlines lately, it’s still a shock to many that such a prominent company was branded as a security threat by the world’s most powerful country.

However, you might be surprised to learn that this could easily apply to other Android brands from China (like Oppo for example), if these other technology-based companies don’t get their act together when it comes to protecting user data and safeguarding critical technologies like 5G networks then it’s most likely that they will end up on the US Entity List too.

What Has Huawei Done to Challenge the Ban?

In a statement to Global Times, chairman Ken Hu said, “If the US restricts Huawei, it will not make the US safer, nor will it make the US stronger. It will only force the US to use inferior and expensive alternative equipment, lagging behind other countries … and ultimately harming US companies and consumers.”

While Huawei has been hit really hard in the telecom industry, they are still trying to make changes to their work practices by streamlining business processes and focusing on smart devices and the company’s infrastructure.

The problem here is that even though Huawei does make changes to its processes and proves that it’s a reliable and trustworthy company, it’s not going to be easy to get back in the good books of the American government or military.

In a news conference regarding Huawei’s ban and 5G release,  US Federal Communications Commission Chief – Brendan Carr had this to say, “Once we have determined that Huawei or other gear poses an unacceptable national security risk, it makes no sense to allow that exact same equipment to be purchased and inserted into our communications networks as long as federal dollars are involved. The presence of these insecure devices in our networks is the threat, not the source of funding used to purchase them”

Only time can tell and by the looks of it, Huawei is not going to be back in the American market any time soon.

Why is Xiaomi not Banned in the US?

Although Xiaomi was blacklisted by the Trump administration in 2019 (no American individual/company could invest in the company), American consumers were not banned from purchasing their smartphones.

This means that while the company could sell products within America, they were not allowed to invest in or receive funds from any American individual or another company based in the US.

The motion was put forward to weed out foreign companies that were following unethical practices such as spying on American citizens and businesses for their governments and military gains.

Will Xiaomi Phones work in the US?

Yes, regardless of the blacklist/ban which led to network carriers pulling out from partnerships with the brand, Xiaomi smartphones do work in the US. However, since their phones are manufactured with the Chinese market in mind, their devices are capable of running only on specific network carriers such as AT&T and T-Mobile.

Does Huawei steal your data?

As of today, there’s no concrete evidence that Huawei devices are designed to steal your personal information. However, due to some recent cyber-attacks in Europe related to Huawei devices, it’s not clear if there’s a back door into their system or not.

Do Huawei phones run on Android?

No, since the ban, Huawei has been left to develop a custom-based operating system that’s similar to Android in terms of design, but not functionality. Huawei phones don’t have access to Android or any of Google’s services such as the Play Store. However, there are ways you can side-load Google services onto your Huawei phone, but it’s a risky business that I’m not getting into right now.

Can Xiaomi be trusted?

In short, Yes. Xiaomi is a trustworthy company and its devices are designed to provide users with a top-notch personalized experience. Even though there’s loads of speculation regarding the topic, Xiaomi has maintained that none of their devices will ever collect personal data without prior information

How Xiaomi Became an Internet-of-Things Powerhouse | Everything you need to know in...

How to Connect Roborock to Wifi | Complete Step by Step Guide for...