Will Xiaomi Watch work with Samsung Smartphones in 2022 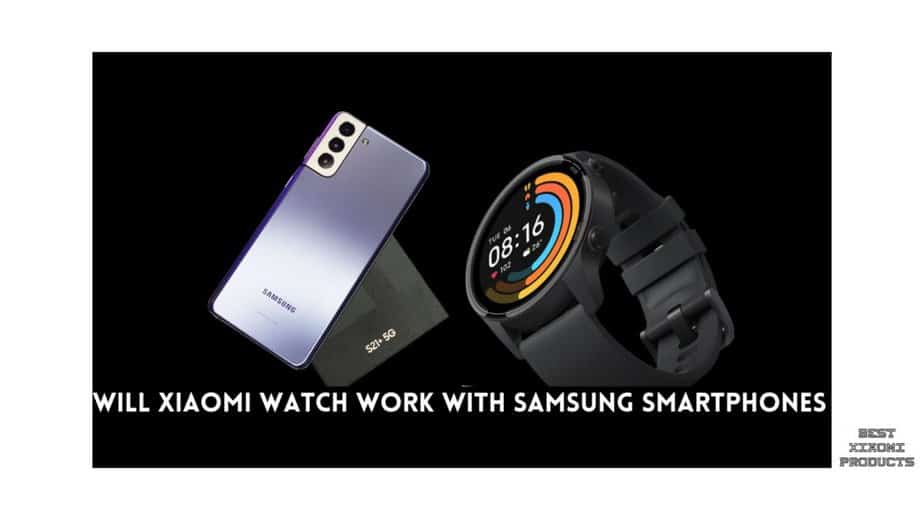 Looking to get a Xiaomi Watch but do you own a Samsung phone? Check out our guide on Will Xiaomi Watch work with Samsung Smartphones for all the details.

The best part is that they cost significantly less compared to alternatives from Samsung and Apple making them an excellent choice for most users. If you want a good smartwatch that doesn’t empty your wallet, then choose from the Xiaomi Mi Watch range.

So if you are looking to purchase a Xiaomi watch for your Samsung smartphone and don’t know if it will work, then you have come to the right place. Check out Will Xiaomi Watch work with Samsung Smartphones in this article.

For Samsung and Android – All smartphones running Android 5.0 or later will work with Xiaomi Watch.

See also  Which Xiaomi Phones Work with Verizon in 2022?

For iOS – All iPhones running iOS 10.0 and later will work with Xiaomi Watch.

Now that you know Xiaomi Watches will work with Samsung devices, see how to pair them, and what all features will work on Samsung phones.

How to Pair Xiaomi Watch with Samsung devices

If you have owned a Xiaomi Band before, you might know that you have to only connect it with the Mi Fit app. But for Xiaomi Watches, you have to connect them to two different apps on your Samsung phone. Follow these steps to connect your Xiaomi Mi Watch to a Samsung phone,

Step 2 Turn on Bluetooth on both your Xiaomi Mi Watch and your Samsung phone.

Step 3 Open the Wear OS by Google Smartwatch app on your phone and then follow the instruction to connect it to your Xiaomi Watch.

Step 4 Then, do the same with the Xiaomi Wear app and pair both your Xiaomi Watch and Samsung phone.

Once you have connected your Xiaomi Watch to your Samsung phone, you don’t have to open the apps unless you need to view activity information.

Xiaomi has stated that Mi Watches have complete independence and that you can control everything on the Watch itself.

You can use the apps to apps to control your Xiaomi Watch or view tracking details. You can also manage eSIM on the apps.

What Xiaomi Watch Features will work on Samsung

This has made Xiaomi products to be accessible and more compelling for almost everyone. Here is a list of all the features that are supported across Xiaomi, Samsung, and Apple devices.

You can see that all features of the Xiaomi Watch are supported on Samsung devices too.

Check out all the activities and sports that Xiaomi Watch can track on Samsung phones.

See also  Xiaomi International Warranty 2022 - is there such a thing? | Warranty details for all countries

Hope our guide has helped you make the right decision on whether you want to buy a Xiaomi Watch for your Samsung phone.

What watches work with Samsung phones?

Is Mi Watch worth buying?

What is the difference between iOS and Android phones when connected with Xiaomi Mi watch?

How to use Xiaomi Clear Speaker Feature in 2022

How to Install TWRP on Xiaomi Phones | Comprehensive Guide for 2022

How to Disable Xiaomi SIM Activation Service in 2022

How To Unlock Xiaomi Bootloader | Complete Guide for 2022

How to make your Xiaomi Scooter Faster | Increase Speed of your Scooter...