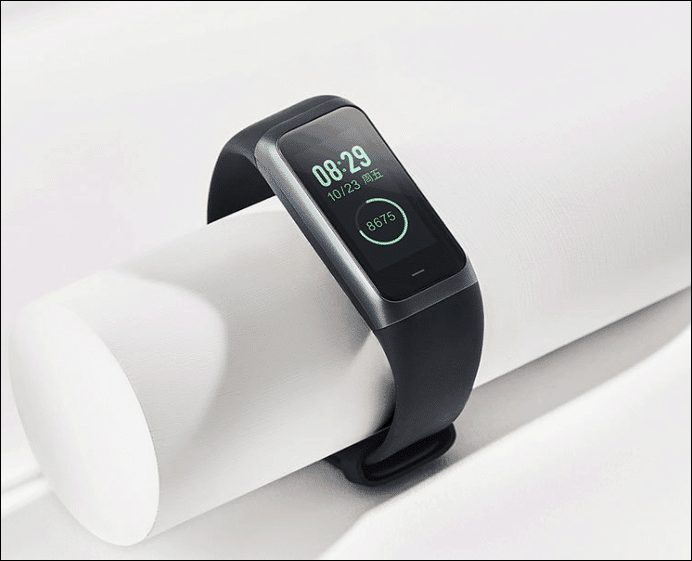 Looking for an affordable fitness band? Check out our Xiaomi Amazfit Cor 2 Price and Review.

Xiaomi’s very own Huami, which is famous for its smart amazing range of smart wearable products has made a big splash with its line of Amazfit bands. I’ve personally used these good-looking smartwatches and have always been amazed at the features, functions, and overall technology incorporated in this device. What’s even more baffling is that these smartwatches are priced at an unbelievably low price.

The Amazfit Cor 2 is the successor to the Cor line of smart bands. Although it’s been a few years since it hit the market, it’s still one of the best when it comes to battery life and overall functionality. Check out our Xiaomi Amazfit Cor 2 Price and Review for all the details.

After having reviewed the Xiaomi Amazfit Cor 2 based on various factors like design, function, feature, performance, and price; My team and I concluded it was one of the best in its price segment. It was further put through a series of tests to determine its limits and capabilities We found that:

The Xiaomi Amazfit Cor 2 is one of the best entry-level smartwatches in the market. Not only does it have an upgraded design and build quality when compared to its predecessor but it also comes with amazing features that will put most entry-level fitness bands to shame. It also has amazing battery life. It can last for 20 days on a single charge. Most importantly, it is extremely affordable at only $30.

Like most Amazfit smartwatches, the Amazfit Cor2 comes with a sturdy black cardboard box. On the front portion of the box, you can find an image of the watch along with some technical information. On the sides, you’ll find some specs and features. Inside the box, you’ll find:

The Amazfit Cor 2 is the second generation Amazfit wearable from the house of Huami. The device itself is made of polycarbonate, while the strap is made of silicone. The most unique aspect of this smart wearable is that it’s a cross between a fitness band and a smartwatch. It’s thin, sleek, and looks really good. Especially with the rounded-off edges. A lot of the smart bands out there look cheap and cannot be worn with formal wear. This is a cross and will look good with both formal and casual wear.

The overall build quality and the quality of the materials ensure that the Huami Amazfit Cor 2 doesn’t get in the way of your workouts.

What makes this wearable a multi-use device is the option to receive calls and notifications directly on the watch. This is a very important and nifty feature. You can also control the music directly from the watch. The 5ATM rating means, this is waterproof and can withstand up to 50 meters of water.

The battery life is always a problem area for smartwatches. Smartwatches are different from your phone, you will be using them a lot more and constantly and as people are used to traditional watches and not having to charge them, the battery becomes a talking point. The Amazfit Cor 2 puts every debate to rest with 20-day battery life.

Now, in reality, using the product with all the features, you will get a battery life of 10 to 15 days with moderate use, which is pretty awesome.

The increase in battery life is primarily due to the brilliant processor that has drastically improved energy management.

Xiaomi’s Amazfit has delivered another major hit. The Cor 2 is a slight advancement on the Cor and it has taken Amazfit to the Zenith of the smartwatch market. This is a product with amazing battery life, fantastic pricing, great design that looks good with formal and informal clothes.

It’s made of sturdy polycarbonate, with a large enough screen that has made it easy to read notifications. You can read WhatsApp, and Facebook notifications while accepting or rejecting calls and you can also control the music with this device. The 20-day battery life makes this product a winner.

The Amazfit Cor 2 for its price point might seem like an expensive device. But keep in mind, Xiaomi sells the Amazfit Bip Lite at almost the same rate with much lesser capabilities. The screen on this device and the battery life are pretty epic and it’s one of the better smart bands out there. So, it’s definitely worth investing in. Yes, even now. Especially if you’re looking for a cheap smart band with decent capabilities.

What is Amazfit Cor?

Amazfit Cor is a fitness tracker from Huami that is in partnership with Xiaomi to make wearable devices. Amazfit has released many different wearable smartwatches such as Amazfit GTR, Amazfit Bip, and Amazfit Verge among others.

Yes, the Amazfit Cor is waterproof up to 50 meters. This means you can use it while swimming and a bit of rain will not harm the device. Being a fitness band it’s imperative that it be a waterproof device.

Is Amazfit a reliable brand?

Yes, Amazfit is just as reliable as Xiaomi as it is a subbrand of Xiaomi. Amazfit follows the same principles as Xiaomi and offers the best products for the price. Their smartwatches and bands offer all the features you need for prices lower than competitors. And after-sales services of Amazfit have always been top-notch making them a reliable brand for budget buyers.

Which is better Amazfit or Xiaomi?

Xiaomi and Amazfit are pretty much the same as Xiaomi owns Amazfit. Both brands offer similar products at a similar price point with minor differences. I would choose Amazfit over Xiaomi in Asian countries, while Xiaomi is better for Western markets.