Xiaomi Mi Band 5 Review | Is the Mi Band 5 Better Than Its Predecessors? 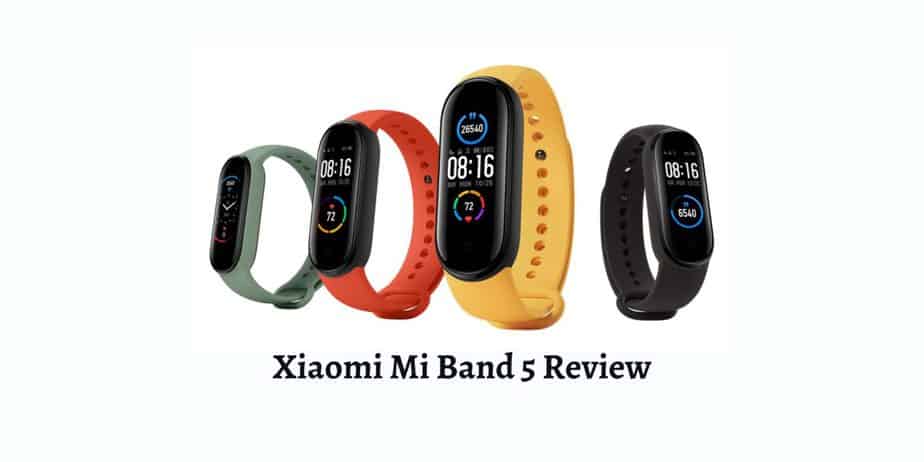 Like Clockwork, Xiaomi launches a new edition to their famous line of Mi Band fitness trackers, and it’s that time of the year again. Xiaomi launched the Mi Band 5 in China in June and the Global Version has just hit the markets. So, it’s time we did another review of the fifth edition of the most popular Xiaomi Products since its inception.

The Mi Band 5 does have quite a few upgrades when compared to its predecessor the Mi Band 4. It’s equipped with a larger screen and features highly accurate sensors that elevate its value as a fitness tracker. And for the first time, Xiaomi has introduced a solution to their annoying charging methodology.

Want to know more about this flagship product. So, let’s get to it, shall we? Here’s the Xiaomi Mi Band 5 Review.

After having used this band for the past 5 months, I’ve certainly gone through the ups and downs. I’ve reviewed the Mi Band 5 based on various factors like design, function, battery, performance, and price. I found that:

The Mi Band 5 is one of the best smart bands in the market. While it is not as good as a Fitbit, it is certainly one of the best among the low to mid-range fitness trackers. Most importantly, it comes with 11 exceptional sports modes and a brilliant battery life of 14 days. It’s also extremely affordable at just $27.99.

The Mi Band 5 comes in standard black cardboard packaging. On the packaging, you can find the image of the product and a huge illustration of the number 5. On the sides, you’ll find some technical specifications.

Now, Inside the box you will find:

The Mi Band 5 is similar in design structure to its predecessor. However, the Mi Band 5 is slightly larger in size when compared to the Mi Band 4. It weighs only 11.1 grams which makes it feel likes a breeze on my wrist. This smart band has dimensions of 46 x 12 x 18 mm.

At the end of the day, while The Mi Band 5 is not vastly different from the Mi Band 4 it still is a cool watch. Especially, since it comes with more than 100 themed dials, including 54 exclusive IP features themes such as the nostalgic Neon Genesis Evangelion, Spongebob Squarepants, Detective Conan, Hatsune Miku, Ali the Fox and many more.

The Mi Band Series of Smart Bands are primarily fitness trackers. So, clearly, the fifth edition won’t stray away from its core competency. However, in terms of functionality alone, I found it to be disappointingly similar to the Mi Band 4.

When it comes to the usage of the Mi Band 5, You certainly get your money’s worth.

The Mi Band 5 has introduced a personal activity indicator (PAI). This indicator is a first of its kind and converts heart rate value into a PAI value which is more useful as it allows the user to control the body state.

The Mi Band 5 offers 11 sports modes, unlike its predecessor which offered only 6. The majority of these sports modes are indoor-oriented.

When it comes to the battery life of the Mi band 5 there isn’t any significant improvement. The fitness tracker can easily last 14 days on a single charge. However, if you run various modes constantly, it will shorten the life to around 6 days. While the battery life is still maintained at the same level of innovation, the charging process has drastically changed.

Unfortunately, while the process of charging has significantly become easier with the magnetic charging cable, the charging speed itself hasn’t changed which is quite a bummer.

When it comes to the performance I’m a little conflicted, to be honest. Real-time and long-term performance is pretty good. There isn’t any issue with the screen sensitivity, execution, or overall system performance. With a powerful processor, a 16GB internal memory, and a 512KB Ram, you can certainly expect to run your tasks smoothly. I didn’t find any lags or stutters with the transitions or animation, even if the internal memory is almost close to completion.

The Mi Band 5 is certainly a unique edition to the Mi Band series. While there are certain remarkable features and additions, the level of improvement from the Mi Band 4s is still dismal.

After using the band for around 2 weeks we can honestly say it’s a good fitness tracker with an astonishing level of accuracy. However, when it comes to daily use you really can’t tell the difference between the Mi Band 5 and its predecessor.

All in all, it’s a product that’s worth it for those that absolutely require it. If not, stick to the one you have now and wait for the next edition. Hopefully, we can see some major innovation with the Mi Band 6.

You can get the global version of the Mi Band 5 on Aliexpress for $30.

With the latest version of the Mi Band Series, the Xiaomi Mi Band 6 proving to be extremely popular, check out what makes it better than the Mi Band 5 and if you should upgrade.

Overall, the Mi Band 6 offers some nice upgrades to the screen, adds more fitness and sport tracking modes, and offers a SpO2 sensor.

All this makes it significantly better and worth upgrading too. Since the Mi Band lineup is affordable, upgrading won’t cost much too. I would recommend upgrading if you have the cash.

Is Mi Smart Band 5 worth it?

The Xiaomi Mi Band 5 is still available to purchase on sites like AliExpress. It costs a bit less than the newer but significantly better Mi Band 6. You can find the Mi Band 5 for under 30 USD, while you would have to fork out 35 USD for the Mi Band 6. For just 5 dollars more, you are getting a much better band, so I would advise getting the Mi Band 6 over the Mi Band 5.

Is Mi Band 5 harmful to health?

There gave been some rumors circulating that the Mi Band 5 is harmful to health, but none of these are true. The Mi Band 5 is approved by all regulatory bodies. It is safe to wear and use on a regular basis.

How reliable is Mi Band 5?

Smartwatches and fitness bands offer a lot of tracking features, but they are not always accurate because of technical and size limitations. Even then reputed manufacturers like Xiaomi offer the best sensors and software to make sure users get data that is accurate and reliable. The Mi Band 5 uses top-quality sensors and algorithms to provide decently accurate tracking data. You can rely on it for health and fitness tracking.

Should I stick with the Mi band 4 or buy the Mi Band 5?

Although the Mi Band 5 has improved when compared to the Mi Band 4, the upgrades don’t warrant speedy replacement. Honestly speaking, if you already have a Mi Band 4 your better off waiting for the 6th edition. However, if this is your first fitness tracker. Then, by all means, go for the Mi Band 5. It is equipped with highly accurate health and fitness sensors and modes that will definitely help support your goals. Check out our Xiaomi Mi Band 5 Review for more details.