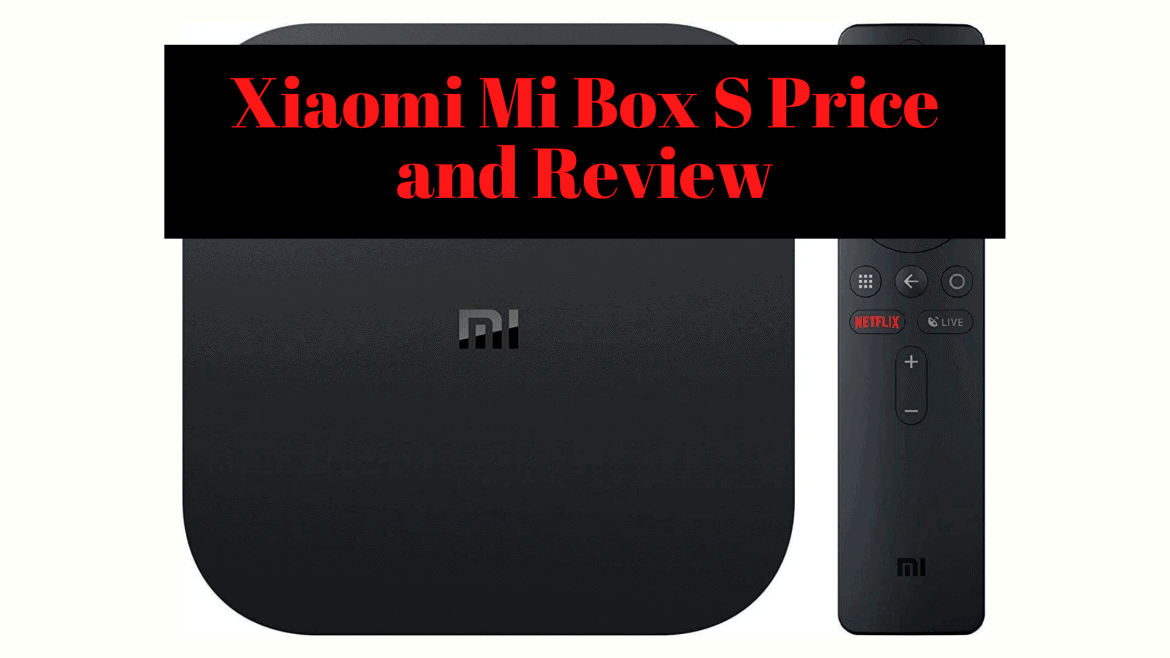 Store Description: The HXML store is the store with all the amazing Xiaomi gadgets. Especially the most brilliant ones like the Mi Box and the Airdots.

Check it out here!

Xiaomi has made its way into every product category, one of the underrated or rather unknown product segment is the TV category. Xiaomi makes some kick-ass TV’s and TV supportive devices. They started off by launching the Mi Box gives which converted any monitor into a TV that let you access apps like Netflix and more. While it had its share of problems, Xiaomi really outdid themselves with the next-generation Mi Box S. We have tested it over a period of time and we’ve done a comprehensive Xiaomi Mi Box S Price and Review for you guys.

The latest Xiaomi TV BOX – Mi Box S does not lose out to even the best player out there in the market. It is true value for money, in fact, you’ll probably save a lot of money for an unbelievable experience. Imagine voice out your channels to the gadget through the remote. Yup, It’s just that amazing.

The Mi Box is pretty cool. But, should you buy it? Is it worth it? Let’s find out! Here’s the Xiaomi Mi Box S Price and Review.

After having reviewed the Xiaomi Mi Box S based on various factors like design, performance, UI, functions, features and much more; My team and I found that:

The Xiaomi Mi Box S is one of the best Android TV boxes in it’s price segment. Not only does it have an a beautiful design and an extremely useful user Interface but it also happens to be cheap at $50. Additionally, it also equipped with voice assistants that make it more convenient for the user to navigate the platform. Most importantly, it offers amazing video and sound.

The first thing you notice is the packaging which is all in English because this product is created for the international market. When you open the box, you see the Mi Box S that is black in colour and is square-shaped. Mi Box comes only in one colour and this isn’t something to consider before purchasing.
There are

The Mi Box S makes a great first impression. The packaging alone is elegant – it is safe to say that a lot of companies have invested a lot of time ensuring they make a good first impression, and Xiaomi is no exception.

The MI box S looks super neat with the MI logo on the top.

The remote that is small in size and matches the elegance of the TV Box has a button dedicated to both Netflix and Google assistant.

Understanding the specifications of the Mi Box S will help you in understanding its power. It uses ARM Cortex-A-53 powered by a  64-Bit set. This is similar to the Mi Box 4.

Setting up the Mi Box S is fairly simple:

The setup should also take you about 6 to 7 minutes to fully set up.

Coming to the main aspect of the Mi Box S is the User Interface. Immediately you notice there are 3 to 4 commonly used apps such as Netflix, Youtube, Sportify and more.

Xiaomi has a trademark premium look and the same is implemented when you set up the Mi Tv Box S with your Television as well.

One of the most important features of this TV box is the gaming option.

This Xiaomi Mi Box S is equipped with Google Assistant and is capable of accommodating similar AI’s. One of the most useful aspects of this feature is not just navigating the interface but you can also avail the voice search feature. With this feature, you can not only search for your favorite shows but also earch for photos, check the weather, and even set an alarm.

The MI box S connects easily to the internet without any lag or hassle. It works on a Quad-core Cortex-A53 processor, just like the previous version.

Here are a few other features that are worth a mention:

Even the best gadgets could be improved to make them better. Here are a few issues that, if fixed, could make our TV Box experience even better than it already is:

Xiaomi’s Mi Box S is another big success. It has all the features one can expect from a TV box and more.

Price is something that cannot be overlooked, no matter what you want to buy.

Overall, the Xiaomi Mi Box S is an advanced version of the Mi Box 4 and if you want affordable Android TV experience, this is the product you need.

Convert your regular TV into a Smart TV with the Xiaomi Mi TV Box S:

SMART Television has become a necessity in this age of the internet. Right from catching those popular shows on Netflix to some of the most trending videos on Youtube, watching them on a phone or a laptop simply does not have the same appeal anymore. You just cannot imagine life without a smart TV and today, there are a lot of options to chose from.

While Apple has always been the more popular, stylish sister, Android is of a league of its own, with its subtle elegance and functionality.
It has been a race well fought by a lot of players and few have managed to do wonders. One such brand is Xiaomi and what it has done with its latest product out in the market, the Xiaomi Mi TV Box S is truly commendable. This is a definite upgrade from its predecessor, the Xiaomi first-generation Mi Box. Check out our Xiaomi Mi Box S Price and Review for more details.

What’s the difference between MI box and Mi box s?

Yes, all you tech-savvy people would have a lot to comment on the first generation Mi Box and how it had to be constantly rebooted to watch one single movie and how the screen used to freeze every now and then. But, Xiaomi has come a long way from that and has released this wonderful product which has overcome all the issues we faced with the previous one. This one runs on the latest Oreo platform and has a voice-controlled remote which will listen to you and launch your favourite shows and movies through Google assistant. Check out our Xiaomi Mi Box S Price and Review for more details.

How use Xiaomi Box S?

Setting up the Mi Box S is fairly easy. Using the HDMI cable and connect your Monitor to the Mix Box S. Now, Connect to your Wi-Fi and then you can start streaming.
The setup should also take you about 6 to 7 minutes to fully set up. You can always refer to the instruction manual in case you need help with wiring or ports. Check out our Xiaomi Mi Box S Price and Review for more details.

The first couple of days using this device were great but then it started crawling, being very unresponsive, as if I brought out my old ’90s computer and it could not handle the data. I was about to come here and write a 1-star review of this horrible streaming box but I found on-line a solution which really makes the Mi Box shine. Enable all three options “CEC Switch”, “One key play” and “One key power off” under “Settings > HDMI CEC” menu and restart Mi Box. This will make it operate like it was meant to! Do not know what the issue was before, but I do know now that it is a great streaming device, operating smooth, responsive and can take anything I throw at it.

I’m very impressed with this little AndroidTV box. It does things very well. Lots of apps available, and no need to get Chromecast Ultra (4K) as this box has it built in! That alone is worth getting this box. As well as native, official, support for all major streaming services like Netflix, YouTube, Amazon Prime Video, etc. The more I use it, the more I like it. Best purchase I’m made on Amazon for a while!

However, to make this box perfect, below are some areas that need improvement:

– Bluetooth headphones: they work great, but there is no way to pair them automatically after you have used them with another device. You have to unpair and pair again. There should be a way to select my Beats headphones and connect to them again, similar to the way it is done on Android phones & tablets.

– It should really have a digital optical audio output so you can connect it directly to a soundbar.

– It should have a 1Gbit Ethernet port for a better network connection.

– It should have 4GB RAM and larger onboard storage (at least 32GB) or an SD Card slot for storage expansion.

– It should have the ability to set a global default media player and playback options, e.g. VLC with hardware & software decoding of h.265 media, without subtitles.

With the above, this would be a perfect Android TV box. But, it’s still an awesome media streaming device, and I’m impressed with the features it has, such as Dolby, DTS, native support for all major streaming services. Thus, I give it 5-stars as it’s a great value for the money!

Works great, but, there are some features I felt were lacking along with the UI being a bit underwhelming. My overall biggest grip with the Xiaomi Mi Box S is the non-ability to customize the backgrounds and the screensaver to use images of your own. Other than that, the system works as expected.

I really do wish this did come with an ethernet port rather than just wifi, but purchasing the “UGREEN RJ45 Ethernet Adapter with USB 2.0 Hub” for $16 USD”, works great, but should have been an unnecessary purchase.

If this item came with an Ethernet port and gave the ability to change and use your own images for the background and screensaver, then I would give this a 5-star review, but since its missing those two, I will give it a 4 just because I can’t do a 3.5.