Home Smartphones Xiaomi Redmi Note 9S Price and Review | Is it worth it in 2022?
Smartphones 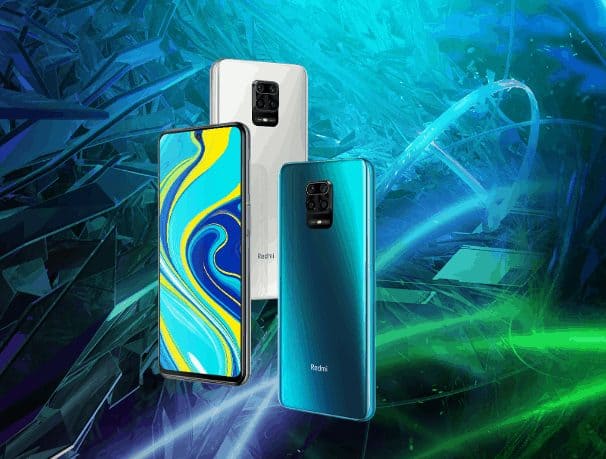 Store Description: The Official virtual storefront of Xiaomi. The place where you all amazing tech including the Redmi Note 9S.

Check it out here!

I’ve been hooked to the Redmi series ever since Xiaomi Launched their first Redmi Note. And now, almost a decade later, Xiaomi has dominated the mid-range market with the latest Redmi Note 9.

The Redmi Note 9S which was launched earlier this year has quickly become a global phenomenon. This bestseller not only comes with an amazing design and stellar tech but it is also extremely affordable like all Xiaomi smartphones.

Although, this phone has the features and performance of a mid-range king it still lacks with respect to certain features. However, even with competition from BKK electronics and all its subsidiaries like Oppo, Vivo, and Realme, Xiaomi is still holding strong and has still managed to become a bestseller.

Now, check the Xiaomi Redmi Note 9S Price and Review to see if it’s worth it?

Is it the Xiaomi Redmi 9S or Redmi 9 Pro

Xiaomi uses different names for the same product in different places So, the Redmi Note 9S and the Note 9 Pro are the same devices.

As with most of Xiaomi’s products it doesn’t really come in an exciting package. On the front portion of the sturdy white box, you’ll find the image of the phone, some text on the sides, and technical specs on the bottom. Inside the box, you will find:

This phone features Xiaomi’s latest Aura Balance Design which is not only beautiful but also remarkable when it comes to the feel and ergonomics. Most importantly, it is splash-proof, protected by P2i to prevent any kind of water damage but it is not waterproof.

The phone is quite big so that’s a good thing but it can also have a disadvantage to people with really tiny hands especially since the volume button is placed unusually high. While you can still scroll with one hand, you will probably have to use both hands when you have to change the volume.

The Redmi Note 9S does not have an amazing display like most of its contemporaries.

While the colors are as vibrant as they would be on an AMOLED screen, the contrast, brightness levels, and the low reflectivity on the panels make up for it. So, you can read or view pictures and text even in the sunlight.

Tip: When you guys buy this phone, uninstall all third-party apps that you can and fo to the permissions settings and turn off all the permissions for the ones you can. Might take you while. But, although the bloatware is irritating, the user experience will be worth it.

The Redmi Note 9S is a Performance Beast

A true performance beast, the Redmi Note 9S comes with an 8nm Snapdragon 720G chipset that performs without the slightest purr, lag, or glitches. The RAM options are 4 or 6GB LPDDR4x and a storage of 64GB or 128GB with UFS2.1 flash storage. And, of course, the amazing graphics are taken care of by the Adreno 618 GPU.

You can run the heaviest of the heaviest apps and you wouldn’t find a stutter. So, go nuts with a Call of Duty marathon, this phone was literally built for it with the combination of the battery and the Snapdragon.

This smartphone comes with a versatile quad-camera setup and including the selfie camera, it has a total of 5. The four cameras on the back are as follows:

Overall, it’s a very average camera setup. It’s not even close to its predecessor which has 64MP and definitely can’t come close to brands like Samsung and OnePlus in the camera department. This is a pure performance phone.

This smartphone comes with a single (bottom opening) speaker, a 3.5mm headphone jack, 2 microphones (for noise cancellation), and a Smart PA.

It also comes with 2 microphones for noise canceling. The two microphones’ active noise canceler uses two microphones and one speaker to feedback the destructive signal for canceling. So, you can expect some clear audio to be transmitted. The Redmi Note 9S has a Smart Pa which amplifies sound significantly and improves playback quality while protecting speakers from damage at high volume levels.

The Redmi Note 9S is very unusual when it comes to battery performance. Don’t get me wrong, the phone has a 5,020mAh cell that is more than enough to last you around 30 hours with heavy use.

Unfortunately, while the battery is so amazing, the charging speeds suck.

However there is some good news, Xiaomi will release a version with a faster 33W charger. With which you can expect a faster-charging speed. But, it might only cut it down to 1.4 to 1.5 hours.

The Redmi Note 9S launched at USD199 and for the price, it was one of the best of not the best phones available. While you can still buy the phone from Amazon and DHgate, the phone is not in production and so the prices fluctuate a lot.

Here are prices of the phone in different places,

The Redmi Note 9S is still worth it for the prices in the respective countries. But going for a newer model will be better thanks to software support.

For the price, the Redmi Note 9S is definitely worth it. There is true value for money at some level. If you’re expecting an amazing camera and display, you will be disappointed and you’re frankly asking for way too much.

The Redmi Note 9S has definitely carved its own space in the mid-range market as it offers amazing performance which is rare. Usually, phones have somewhat equal specs but it’s very rare to find one with performance and battery that punches way above its weight.

With this phone, you are paying for the performance, audio, and battery. The OS is amazing with unbelievable customizations. The display is adequate and the camera could have been a lot better. All in all worth the buy, especially for the price and performance.

This smartphone is priced at around USD199.99

The older Redmi Note 9S features a faster and more efficient Snapdragon 720G processor compared to the new Note 10S’s Mediatek Helio G95. The performance difference can be around 10% more in favor of the Note 9S.

Another area where the Note 9S is better is battery life, the slightly bigger battery, and more efficient processor, the Note 9S has significantly better battery life. But the Note 10S can almost charge twice as fast.

Overall, the Note 10S has some good upgrades, but it also had to make some compromises, which made the Note 9S lucrative for users that wanted the best performance and battery life. In the end, the choice is more of a personal preference for users as both are excellent low-end smartphones.

No, it does not. According to the head of Redmi, Xiaomi is not planning on launching 5G phones outside of China, for the time being.

Is the Xiaomi Redmi Note 9S worth it now?

The Redmi Note 9S is almost two years old now, but it’s still an amazing phone if you can find it for the right price. Lower-end phones have been stagnant the past few years when it comes to innovation, there is not a huge leap in performance or overall experience, and so the Redmi Note 9S can hold its own even today. If you can find a Redmi Note 9S for under 180$ then it is worth it.

Does the Redmi Note 9S have heating issues?

From our tests, we didn’t find the Redmi Note 9S to have any cooling issues. It behaved like any other smartphone in its price category, even under heavy load.

Is the Redmi Note 9S waterproof?