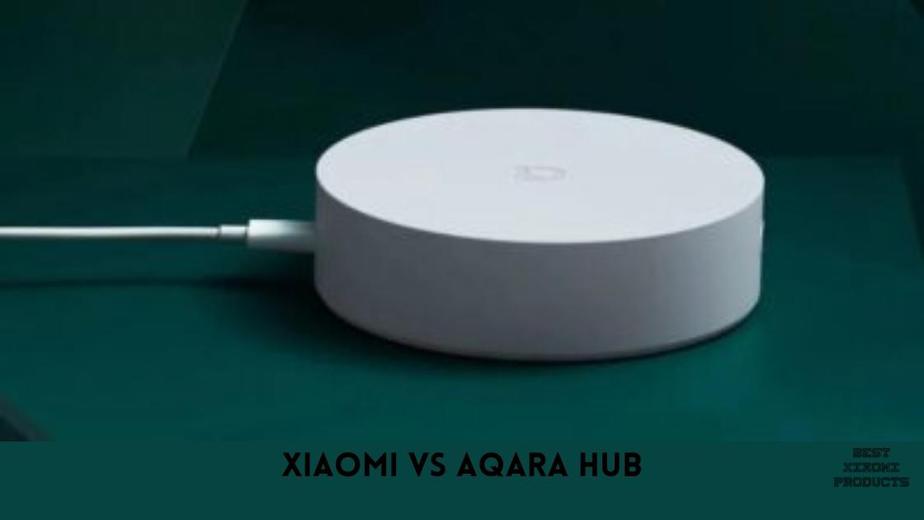 Want to build a smart home? Check out our Xiaomi vs Aqara hub comparison to choose the best smart home hub.

If you are someone considering the idea of converting your home into a smart home, then you would have surely heard of devices called smart hubs. Smart Hubs are devices that connect to other subdevices, this allows you to control all devices easily from a single app under one home network.

You are also likely to be confused about the options when it comes to choosing a smart hub. Since there are so many smart hubs in the market, it can be a tough task to choose the right one. This is where I will help you, I have chosen the two of the most popular and well-received smart hubs in the market to compare them against each other.

Xiaomi and Aqara have been working on smart devices and smart hubs for a few years now and they have refined their lineup very well. This article will compare the Xiaomi Mijia Gateway 3 and the Aqara M1S hub. Read on to know which is more suited for your needs.

To build your own Xiaomi Home Hub

Check it out here

Check it out here

I would argue that Smart hubs don’t have to look great as you can just hide them away and they are fairly small. But if you do want to show off your smart hub or want it to be a part of your home decor, then I would choose the Xiaomi Mijia Gateway 3.

Overall, I would choose the Xiaomi Mijia Gateway 3 over the Aqara M1S Hub based on the design, it looks minimalistic and will fit in well in any home. But smart hubs are not all about just the design, so let’s move on to devices’ support of the two hubs.

Both the Xiaomi Mijia Gateway 3 and the Aqara M1S hub run on Zigbee protocol, so they support all Zigbee devices. And both Xiaomi and Aqara offer support to popular smart home platforms and their devices.

Still, Xioami has a larger catalog of supported devices compared to Aqara, thanks to Xiaomi having connections with a lot of Chinese manufacturers and their products. When it comes to device support, Xiaomi wins.

This is a simple comparison as both apps do a good job of adding and controlling devices. One noticeable difference is how complicated the Mi Home App can be, it gives you tons of options that can make some users feel overwhelmed. On the other hand, the Aqara app is much more simple and offers just the right amount of options.

The Mi Home app has an edge over the Aqara Home app when it comes to supporting Mi devices like Mi Air Purifiers, Mi Smart locks, and more. So if your home has a lot of Xiaomi products then the Mi Home App will be better suited for you.

Integration with other systems

If you have researched smart devices and smart hubs then you know there are different systems you can use. HomeKit and Home Assistant are some of the most popular and widely used smart home systems, I will focus on them.

HomeKit is a smart home management system that is developed and maintained by Apple. When it comes to HomeKit, both Xiaomi Mijia Gateway 3 and the Aqara M1S Hub support it. The Xiaomi Mijia Gateway 3 will show up as a gateway, this means that you won’t see it on the main screen of your home app. On the other hand, the Aqara Hub will appear as an alarm or a lamp, you can either set an alarm or switch the light on and off.

And Home Assistant is an open-source system where anyone can develop and add integrations that other users can use. Since Home Assistant is open source it may not be the best way to use these hubs and you might face some issues, but you can have the versatility of choosing from tons of smart home integrations.

When it comes to Home Assistant, the Aqara M1S hub gets added easily and works like a charm. The Xiaomi Mijia Gateway 3 on the other hand, can be easily added, but only through HomeKi which means you need an Apple device. And guess what, the majority of Home Assistant users are Android users, this puts the Mijia Gateway 3 at a huge disadvantage.

So, when it comes to the integration of other systems, the Aqara M1S Hub is much better than Xiaomi Mijia Gateway 3.

Smart hubs can do a lot and some smart hubs can do it better than others. So I will list the features of the Xiaomi Mijia Gateway 3 and Aqara M1S hub and you can decide which one will better suit your needs.

Both the Xiaomi Mijia Gateway 3 and the Aqara M1S Hub are more than just smart hubs.

Smart homes are the future. While it can be overwhelming right now to manage a smart home and all the devices, I feel like we are moving in the right way thanks to companies like Aqara and Xiaomi. They are simplifying the process of setting up a smart home and maintaining it using smart hubs and apps.

Both Xiaomi and Aqara are supporting more smart devices, developing better smart hubs and smart home apps that in the end will benefit users. The Aqara M1S is the superior product in my opinion in this comparison thanks to its addition of an LED light and loudspeaker.

Is Aqara the same as Xiaomi?

Aqara is like Mijia, it is a subsidiary of Xiaomi. While Aqara operates independently, Xiaomi can still use them to create products of their own. This is why the Mijia and the Aqara hubs look similar and share the same features.

Is Aqara a Xiaomi company?

Yes, Aqara is owned by Lumi United Technology, which in turn is a part of the Xiaomi ecosystem. So this makes Aqara a Xiaomi company. Aqara is now available in the US and over 2 million customers are using its services.

Yes, Aqara switch and Xiaomi hubs are inter-connectable. They are all part of the same ecosystem and work together.

Want to build a smart home? Check out our Xiaomi vs Aqara hub comparison to choose the best smart home hub.