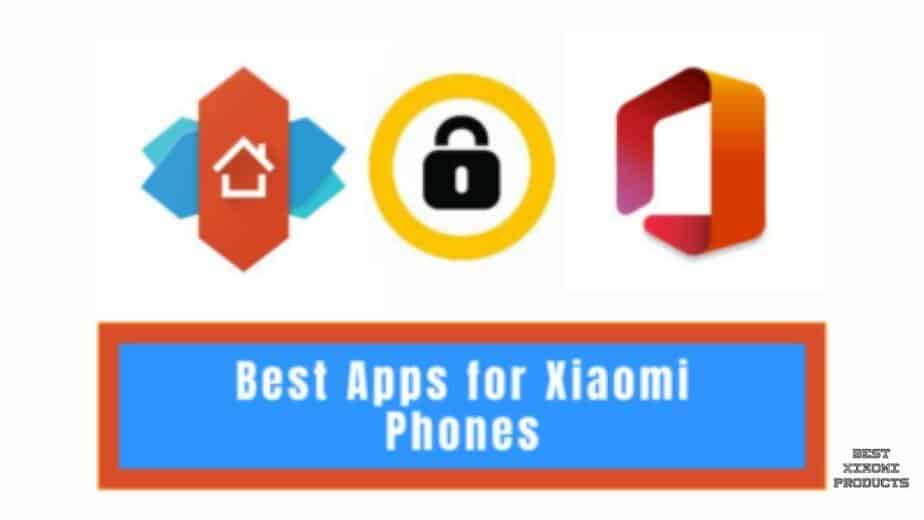 Bought a new Xiaomi phone? Check out our list of the Best Apps for Xiaomi Phones for the best experience.

The strength of smartphones lies in the ability to run useful apps. Xiaomi makes some of the best and most powerful smartphones but you can take advantage of all the hardware and software. While many would swear by apps from the manufacturer, trust me, most of them are not good.

I’ve personally had varied experiences with Xiaomi-recommended apps. While Xiaomi does offer some of the better stock apps on the market, they are not the best ones.

App developers working on apps for a specific purpose have a better knowledge of coming up with the best features. I have always been baffled by how featureless and bland most stock apps are. I started researching apps that can do more than just work.

After having reviewed all the apps recommended by Xiaomi based on various factors like UI/UX, features, function, usage, price, and much more; my team and I zeroed in on 8 that really stood out. These 8 were put through a series of tests to determine the best and most useful. We found that:

The best app for Xiaomi Phones is Nova Launcher. This launcher works perfectly with MIUI’s personalization feature. The user can essentially use this app to create their own custom-made app launcher. Users can create layouts, themes, and sub-grid positioning of apps.

Features like custom layouts, themes, and sub-grid positioning of apps, allow you to craft a truly unique launcher. If you want your Xiaomi phone to stand in terms of personal experience, then a launcher is a must and Nova Launcher is the best you can get in the world of launchers.

You can also edit and create a new file on your Xiaomi phone with ease. While there are a lot of Office suite apps, Microsoft still delivers the best solution which works any time you need it too.

Xiaomi Phones are camera beasts with higher-end models starting to rival the best in the smartphone industry and even some DSLRs. This means that you will be shooting a lot of pictures on your Xiaomi phone.

And there are also style presets, that make for a quick edit. Snapseed also allows you to save edited pictures, export them or even share them to social media directly from the app itself making it a complete and versatile photo editor.

Amazing cameras produce amazing videos, this is true with Xiaomi phones. So, if you are a filmmaker, along with an excellent camera, here is your Xiaomi phone, you will need a powerful video editor. Every budding filmmaker would have heard of Adobe for its excellent suite of creative software. With their prowess in the desktop side of things, Adobe is trying to take a hold of the smartphone side of things too.

You can also add a soundtrack making a whole film right from your Xiaomi phone making it one of the best apps. The constant updates and addition of more new features only make it better over time.

With phones increasingly becoming our primary and go-to device for almost all computing needs, everyone must focus on privacy too. With a lot of photos, videos, files, banking apps, emails, and more on our phones, a good app locker is vital for the safety of your information.

The Break-in feature works like a charm, it captures a picture of the person if there are 3 failed attempts at any password. It is a completely free app with a simple interface making it one of the best if not the best app locker for Xiaomi phones.

While the in-built File manager of Xiaomi phones is not bad, it is not perfect either. If you are looking for alternatives or something more robust, then Solid Explorer is one of the best apps for any android smartphone.

You can also hide files and access them when needed to improve privacy. It is great for any smartphone and is a must-have for Xiaomi phones if you feel that Xiaomi’s file manager is not enough for you.

Xiaomi Phones are entertainment beasts with excellent screens and amazing speakers. They are a pocket media powerhouse, but like almost all operating systems, Android lacks a good built-in video player, in fact, the built-in player sucks, to be honest.

You can also manage all your media right from the app itself. And best of all it is free and constantly updated. It is one of the best apps for any smartphone, making it great for Xiaomi phones too.

Even if Messaging is not so popular for personal uses, it is still widely used for a lot of things. From something trivial like carrier messages to extremely personal like bank information, messages are the primary source for them. And messages almost always just work and you don’t have to worry about internet connectivity.

The interface is pleasing and it even comes with a money manager allowing you to keep track of your balances. It is great if you want more than just a message receiver and sender making it a must-have app for Xiaomi devices.

ShareMe is the first application. In essence, it’s the iPhone-style AirDrop that we’re all familiar with. With the help of this program, you may connect your devices to a Wi-Fi network and send data wirelessly for a faster transfer rate.

One of the greatest programs for desktop control of your phone and its data is this one. The primary website of the business offers a simple download for this program, which was made by Xiaomi.

In addition to the backup and recovery data option, you must search your smartphone, storage media, and other devices.

The required files can also be transferred from your mobile device to your PC. Reinstall a backup file from your phone. Check your computer for calls, messages, pictures, and other items.

If you are part of the Xiaomi ecosystem, then you’ll find yourself using more Mi apps. Check out the top MIUI apps.

Apps are what make or break the experience on a smartphone. Broken apps lead to an underwhelming experience and can frustrate you a lot. On the other hand, the best apps can put a smile on your face knowing that you are getting the best experience and they will work correctly every single time.

Xiaomi phones in general have a good firewall that prevents data leakage. The MIUI updates also ensure that the security is up to date. While there are some Apps that tend to collect data for market research, the majority are safe as they cannot break into your personal data.

Can Xiaomi use Google Apps?

Is Xiaomi better than Samsung?

It depends on different factors. Xiaomi is better when it comes to performance and value for money. Samsung offers better cameras and software. Both brands are kinda equal when it comes to design, and battery life. So, if you are looking for something affordable then choose Xiaomi, but if you want something premium, then Samsung might be the better option.

Does Xiaomi have problems with Google?

No, they don’t. Xiaomi was blacklisted for a while in the past, but even then they were able to use Google apps and services on their phone. Right now everything is smooth between the two tech giants.