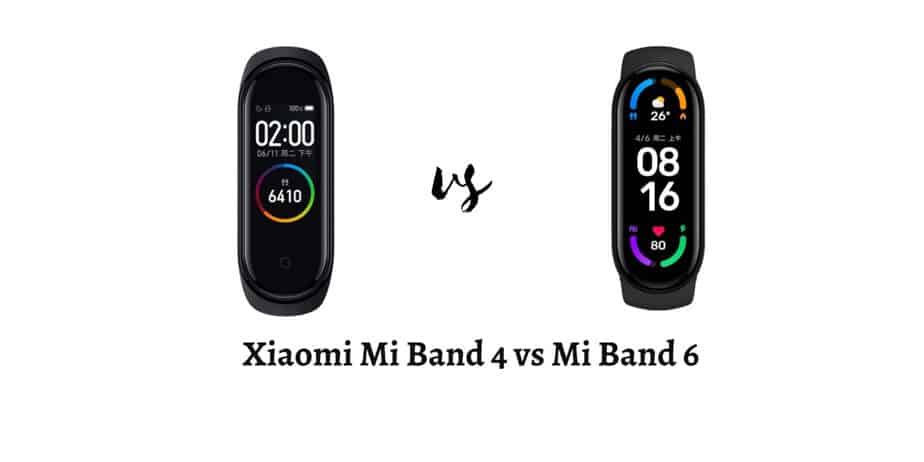 The Mi Band 4 is probably the best and cheapest budget fitness band!

Store Description: The Xiaomi Smart Online Store is one of the best stores for Xiaomi products!

Debating if you should upgrade from the Mi Band 4 to the Mi Band 6? Check out our article on Xiaomi Mi Band 4 vs Mi Band 6 to know if the upgrade is worth it.

The Mi Band series from Xiaomi has been super popular. They are affordable, look great, work great and are the best budget smart bands out there in the market. I’ve pretty much owned every single Mi Band and I even do an annual review of every single band.

Now, Although, the Mi Band 6 has hit the markets, the Mi Band 4 is still managed to stay in the picture. Primarily because they are not much different. In fact, you’re probably better sticking with the Mi band 4. Check out our Xiaomi Mi Band 4 vs Mi Band 6 article to know if the Mi Band 6 is a better option for you or not.

What differs when it comes to design is the screen size. The older Mi Band 4 has a smaller rectangular display, while the newer model stretches all the way to the border. This means that Mi Band 6 can display more information and looks more aesthetically pleasing too.

Both screens can get equally bright and are sharp with the only difference being size. So overall, the Mi Band 6 is easily much better than the Mi Band 4 with respect to display and design.

Connectivity and sensors make or break a fitness band as they are both important aspects of functionality and features. Both Bands feature Bluetooth 5.0 along with NFC putting them on par for connectivity. Both bands are also compatible with iOS and Android smartphones.

This leads to the next section, Tracking features.

There is not much that separates the two bands in our comparison today when it comes to Activity and Health tracking. For activity tracking, the Mi Band 6 is only better than the Mi Band 4 because it can automatically detect activities.

For health tracking, the Mi Band 6 can provide irregular heart rate warnings, has weight tracking, and can notify about menstrual cycles. The Mi Band 4 can’t do any of these.

So when it comes to Activity and Health Tracking, the Mi Band 6 is better than Mi Band 4 but only by a bit.

Both Bands take 2 hours to charge. So overall for battery the Mi Band 4 is better but the Mi Band 6 can still last for 2 weeks which is long enough to not worry about charging every now and then.

Overall, if you are using an old Mi Band 4 and looking for an upgrade then I would recommend you to get the Mi Band 6. The better screen and better tracking capabilities are worth it.

This is a pretty straightforward unravel. Inside the box, you get the smart band with the strap and display. There is an instruction manual and there is also the charger.

The Mi Band 4, in a single look, might not seem that different from the Mi Band 3, but fundamentally it’s a lot different. The display itself is a 0.95-inch AMOLED display that is in colour.

This is slightly bigger than the Xiaomi Mi Band 3 by about 0.2-inches. The resolution is also higher. Previously there were complaints about the brightness display of these bands. Xiaomi has ensured the 400nits are sufficient this time.

It runs on Bluetooth 5.0, which is an upgrade. There is also a 16MB flash storage and 512KB of memory.

The charger is also slightly different looking compared to the one the Mi Band 3 has. The first thing to notice about the Mi Band 4 is the fact that it has a “6 Axis Sensor”. So what does this mean?

The 6 Axis sensors are basically an improvement on the fitness tracking capabilities of the smart band and can track activities such as swimming, cycling, walking, running and more.

Before we get to the functions, let’s see the setup process. The Mi Band 4 ties in with the Mi Fit App, which is available for both Android and iOS. This is an essential experience for the fitness tracker to run. It gives you information on all the fitness activities you’ve been performing.

You can also use the app to check your heart rate monitor, change watch faces and more. Here are a few of the features of the Mi Band 4.

The first and most useful feature for any Mi Band is the step counter. This is my favourite aspect about any fitness tracker – The Step Counter and Heart Rate Monitor. These two features make this an absolute health tracking tool.

This is a perfect addition to older people who need to keep track of their workouts and also ensure that their heart is working perfectly well. This is a feature that is available with the Mi Band 4.

You can receive all notifications such as Whatsapp, Emails and other important information directly from the Mi Band 4. You can also access your calendar to see the schedule for the day. Considering it’s a coloured AMOLED display, it’s easier to read the messages and notifications that you receive.

Control the Music on your phone

Like most Bluetooth Smart Bands, it’s easy to control your phone’s music through the Mi Band 4. You can pause/play or play the next song from your watch’s interface.

I normally don’t use my phone often at all. I use it to text sometimes. Otherwise, it’s mostly in a corner somewhere where I can’t access it. Due to this, I miss a lot of important calls. The incoming messages and calls feature immediately notifies me about important incoming calls and texts that I would normally miss. Even if my phone is silent, my Mi Band 4 will communicate it clearly.

An alarm seems to be a ubiquitous feature in every device and it’s the same with the Mi Band 4. You can keep it next to you while you are asleep and the alarm can wake you up with a sound of your choice.

Sleep is one of the most important aspects of the human body and the Mi Band 4 can track sleep, sleep cycles, patterns and the number of hours in REM sleep. All this data can be accessed directly through the Mi Fit App.

The only downside to using the sleep tracker app is that you have to wear it while you are sleeping, which can be pretty uncomfortable for most people. But if you truly wish to track your sleep cycles, you just have to go to bed with the smart band on.

The Mi Band 4 is truly water-resistant and a fitness tracker band cannot be useful if it’s not. You can use the Mi Band 4 while swimming and it tracks your swimming activity as well, pretty clearly.

The Mi Band 4 is a great upgrade on the Mi Band 3. There are so many improvements that it’s hard to keep count. The display is AMOLED with full colour, the brightness has been improved dramatically. There is much more clarity while reading notifications.

The battery has been improved marginally and the battery life is around 20 days which is pretty great.

This is a fresh review as I got the band yesterday, but I’m not new to the Mi Band as I own the Mi Band 3. NOTE: I did not purchase either band for its fitness, sleep feature or heart monitoring features , but for its light weight and other features..

I have waited and anticipated this watch for a while now. So, I watched every review on youtube and read as many written reviews that I could find to make sure this was the model for me over the Amazbip or the Honor band 4. I got it yesterday and I absolutely love it! It has a larger screen, that displays long texts without a break up.

The text message is in one screen, u just scroll down to see the continuation in same screen. The AMOLED screen is beautiful and the music control is great. Being in the US, the Global model does not come with the NFC or the Mic feature (which I really wanted) but I knew that when ordering it. I paid $35 on AliExpress so that was very reasonable, tho I had to wait over two weeks for it to ship from China.

One thing not to overlook is the app. I have another off-brand fitness watch from Dbpower and I did not like the app interface at all. The Mi App is smooth. intuitive and easy to use and the data is straight forward. I have owned the Gear smartwatch, the Moto smartwatch and the Pebble Time. So, I came over to the fitness watches because of the battery life and ease in wearing. I forget I have it on and their waterproof so I can bath in the Mi band.

P.S. I also included a comparison of the Mi 4 vs Mi 3 displays.

Larger screen than the Mi Band 3 with larger displays

You can change the watch face with numerous selections (about 45 in app) others online, see pics.

Battery life up to 20 days depending on usage

You cannot get texts with images embedded. Don’t know if this is a glitch, but I was disappointed that the text itself did not convey over to the band without the image.

The product is new to me, may find other things, but so far it’s amazing!

Bought this for my young dad who had Open Heart Surgery less than 2 weeks prior. He was going on walks and it was reading in the 80s and 90s when his heart rate was actually 130-140. The device also said his heart rate was dropping to below 55 while he was sleeping which was wrong as per my FitBit Alta HR read a consistent 70s throughout the night.

So, this is a huge turn off for the device which many people will purchase it for. Otherwise, if you’re NOT interested in heart rate readings…this is sufficient. It’s comparable to the FitBit Alta HR. Nice screen and customizations. The app has ads but its meh.

I received this today. I had some problems getting it to pair with my phone. Previously I had the Amazfit Bip and it kept trying to pair with that (even though it was in a drawer somewhere). I had to delete it first and still it took some effort to get my phone (Moto G6) and the band to pair.So, I also had some problem where a screen that read REGULATORY kept popping up and interfered with the setup process. I have no idea what it was, but thankfully it went away.

Instructions are provided, but they are very sparse – the booklet is big though because of the languages supported. I learned more going online and reading various user comments.

I still cannot figure out how to use the Weather feature. So, I can’t see how to change the location and get the degrees in Fahrenheit. The music player is wonky – sometimes it works, other times nothing happens.

I downloaded another app mentioned here and while helpful it was a little overwhelming so I have to use that more.

The data on the default screen is too small for me – I hope I can find an alternate screen (I downloaded many watch faces) that is bigger.

In sum, it is worth what I paid for it, but I will likely go back to my Garmin Vivoactive.