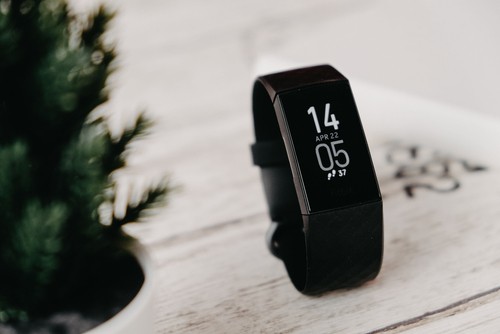 Xiaomi vs Fitbit is a comparison of the most popular smartwatches on the market today. Read our review to see which one is right for you.

Xiaomi is known to shake up the market of any product they manufacture. They do this by offering products that are very competitive in performance and design while costing considerably lower. Another product segment that Xiaomi is trying to disrupt is the fitness trackers/smart band market.

The leader right in this segment is Fitbit and they have some very good products, but Xiaomi is aiming to offer the same or better experience and price their products aggressively so that customers choose them. Let us see how both brands compare and how the most popular product from each brand compares against each other. This is Xiaomi vs Fitbit, this is Xiaomi Mi Smart Band 5 vs the Fitbit Inspire HR.

Design and Build of Mi Band vs FITBIT

Fitbit has been in the game of fitness trackers for quite a long time now. But since their first few designs, I feel like they have failed to innovate in terms of design. All fitness trackers in the market look similar, and you can mistake one for another easily. There are many Fitbit-like smart bands, making Fitbit’s design feel generic and not so exciting.

On the other hand, Xiaomi has been sticking to the same smart band design for two generations. This brings up the same argument of it not being anything exciting or unique. But on the plus side, both smart bands from Fitbit or Xiaomi don’t have bad designs, they are just uninspiring.

Just based on design, I would choose the Fitbit Inspire HR over the Xiaomi Smart Band 5 as I like the boxy display of the Inspire HR over the Mi Smart Band 5’s pill-like looks. Fitbit also offers tons of first-party bands for all its fitness trackers, which allows for easy personalization of your Inspire HR. You can get third-party bands for Xiaomi’s smart bands but you will need to do a lot of research for it.

Both Fitbit and Xiaomi fitness trackers are designed similarly. The main device is detachable from the bands and these bands are replaceable too. Xiaomi requires you to remove the bands before you can charge the device while you don’t have to worry about the band on the Fitbit Inspire HR when it comes to charging.

Exterior design isn’t everything for a smart band, the design also incorporates the screen of the smart bands, and here Fitbit falls behind quite a lot. Fitbit uses a grayscale OLED display on the Inspire HR, which is fine in its own right, but when you place it next to the gorgeous 1.1 inch AMOLED color display of the Xiaomi’s Smart Band 5, you’ll feel a bit jealous, maybe a lot.

Check out the Xiaomi Mi Band 5 & 6 on Aliexpress

Check out the Fitbit Inspire on Amazon

Fitness and sports tracking are the reasons these devices exist. And in the case of Fitbit, the company itself exists because of fitness and sports tracking. Xiaomi, on the other hand, is expanding its product segment while wanting to capture a share of the market. Fitbit has been the pioneer when it comes to fitness tracking bands, while Xiaomi is relatively a newcomer to the market.

With the help of the heart rate sensor, both Xiaomi and Fitbit can track sleep and offer insights into things like sleep quality and more. The heart rate sensor also offers guided breathing exercises, the ability to detect heart rate abnormalities, and more. Both smart bands take and store readings over a week and give detailed info on your heart rate and sleep.

When comparing the Mi Smart Band 5 and Fitbit Inspire HR, I found that both tracked sleep well and provided good insight into the quality of sleep and other seep metrics. The guided breathing exercises and collection of heart rate readings were fairly accurate from both devices. And when it came to step-tracking, both devices offered reliable step tracking, making them both a good choice for fitness tracking overall.

Both Xiaomi and Fitbit offer women’s health tracking features too which can be accessed from their companion apps.

Sport and Activity Tracking of Mi Band vs Fitbit

When it comes to sports tracking, Xiaomi offers dedicated modes for running (indoors and outdoors) cycling, swimming, walking, and a general without mode. All these activities are tracked and recorded using the accelerometer. When connected to your smartphone, the Mi Band 5 can take advantage of your smartphone’s GPS for activities like running and cycling.

Fitbit uses a similar approach too when it comes to sports and activities tracking, but here, Fitbit offers much more than Xiaomi. You can use Inspire HR to measure and record running, cycling, treadmill running, weight lifting, workouts, swimming, tennis, stair climbing, hiking, yoga, martial arts, and more.

Sport and activity tracking is where Fitbit shines and uses all its expertise to offer a much better experience than the Xiaomi Mi Smart Band 5. The Inspire HR like the Mi Smart Band 5 also takes advantage of your smartphone’s GPS for outdoor activities.

From testing, the accuracy of the Mi Band 5’s run tracking was very accurate, especially when connected to your smartphone’s GPS. The Mi Band 5 is also reliable when it comes to swimming, and it is a welcome improvement over the previous Mi Band.

Fitbit on the other hand has decent run tracking but does show the distance to be lower than expected or compared to some other devices. Fitbit can also automatically recognize between different activities like walking, running, swimming, and cycling which Xiaomi smart bands can’t, which is a very good feature.

Fitbit offers a lot of data, but Xiaomi tends to offer better data here and the color screen also makes it great to use and compare these data.

These fitness trackers can also double down as smartwatches but their functionality is limited compared to a full-blown smartwatch. Both Fitbit and Xiaomi offer app notifications from a paired smartphone, vibration alarms, and offer multiple watch faces. Since Xiaomi uses a color display, it comes with better and more fun watch faces too.

For the above purposes, I would even call it a draw between the Fitbit Inspire HR and the Xiaomi Mi Smart Band 5. But Xiaomi being a smartphone manufacturing giant, they have a lot of tricks up their sleeves to make the Mi Smart Band 5 probably the smartest fitness band out there.

Xiaomi offers tons of customization options on the Mi Smart Band 5 to personalize each band and make them truly yours. Fitbit does offer customizability but it is very limited and the grayscale display doesn’t help either. The Mi Smart Band 5 also offers custom patterns, vibrations, and notifications for different apps and functions.  You can set schedules on the Mi Smart Band 5, control music, a night mode, and even a ‘Find my Band’ feature.

If you live in China, you have access to more features. You can get the ability to make contactless payments with Alipay and get access to Xiaomi’s Xiao AI assistant.

So when it comes to smartwatch features and functionality, then there is no contest, to be honest, the Mi Smart Band 5 is the winner. And the color screen just makes it so much better.

Check out the Xiaomi Mi Band 5 & 6 on Aliexpress

Check out the Fitbit Inspire on Amazon

Both brands also share a similarity when it comes to battery and charging, but this time it’s a negative one. They come with terrible charging cables that are small, and feel very cheap. And given that the Fitbit at least 3 times more, it should have come with a better cable.

A small positive is that these devices can last for days o a single charge so you don’t have to use those terrible chargers very often. The Fitbit Inspire HR can last up to 5 days which is impressive in itself, but the Mi band 5 can last up to a whopping 20 days making it the clear winner. This measurement is with the heart rate sensors turned on.

This is an easy comparison and it is also easy to recommend one product over the other. When comparing the brands themselves, Fitbit sure does have an advantage as they have been the primary player in the fitness tracker industry. This shows in the number of activities their bands can track and the automatic tracking feature. Xiaomi is eating up Fitbit’s market share by offering fitness trackers that are smart and affordable.

What is the best alternative to Fitbit?

There are a lot of alternatives to Fitbit, but the best one is Mi Band 5. It has a heart beat monitor, it is water resistant, it has a 30 days battery backup. The Mi Band is more affordable than the Fitbit, and is still a stylish and functional fitness tracker. The Mi Band 5 is the latest model which comes in with NFC, better display, and a plethora of features which make it a better buy than the Fitbit.

Does Fitbit connect to Xiaomi?

Can I use Fitbit without a phone?

Absolutely! It requires a smartphone to set up Fitbit and its apps. Once done, the Fitbit app for the smartphone will sync to Fitbit devices and the Fitbit dashboard. You only need your smartphone if you want to change the settings regarding what the Fitbit is tracking. There are a few things that Fitbit can track without the smartphone, such as the number of steps taken in a day. However, it can’t track steps if the Fitbit isn’t synced to the smartphone.

Check out our Xiaomi vs Fitbit article

Can I use Xiaomi TV Box in Singapore | Is it Legal and...

How to Use a Xiaomi Repeater | Best WiFi Repeater in 2022

Xiaomi vs Realme 2022 | Who’s Better and What’s the Difference?