Home Gadgets Is Xiaomi banned in the US? | 2022 Update
Gadgets 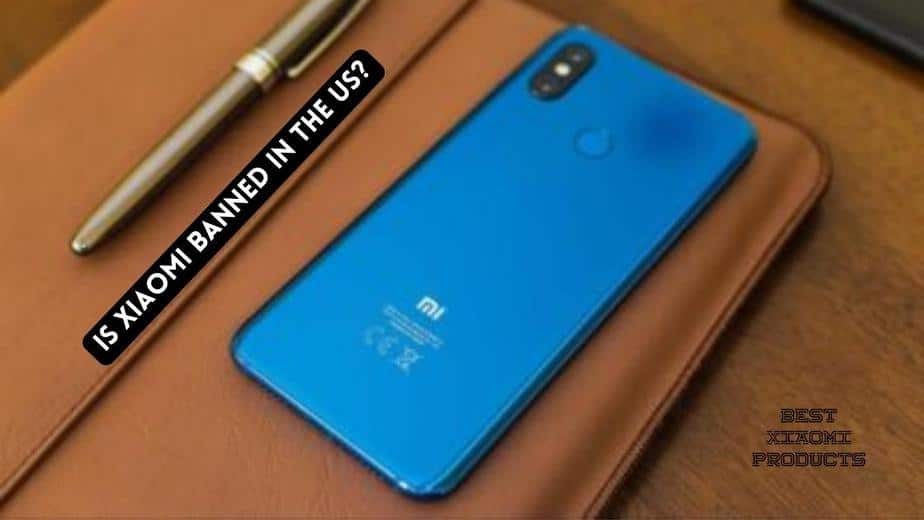 Is Xiaomi banned in the US? Check out our entire guide for all the details.

Xiaomi phones are hands down amazing. Not only do they come with a ton of amazing specs but they also happen to be extremely cheap. If you’re a native to the Xiaomi space, then you know that the phone can match Samsung and Apple flagships in terms of performance.

However, Xiaomi was affected by the tension between the US and China, leading it to be banned last year. And there were even scares of a Xiaomi ban. So, Is Xiaomi banned in the US and should you worry about a Xiaomi phone? Read on to find out!

After having reviewed all of the official documents related to the matter and after having referred to our credible sources; my team and I found that:

Xiaomi banned in not banned in the US as of August 2021. After former U.S President Donald Trump blacklisted Xiaomi last year as part of measures against various Chinese firms, the company fought the blacklist in a local court and was granted permission to resume activities.

Related: Why is Huawei Banned but not Xiaomi?

Is Xiaomi banned in the US?

During former US President Trump’s administration, Xiaomi was blacklisted by the US government due to its alleged ties with the Chinese government and military. This ban only prevented individuals and institutions from investing in the company.

Although it was blacklisted, Xiaomi was not banned like Huawei, which was barred from the market itself. This blacklist served to prevent Xiaomi from doing business.

While the Trump administration alleged that Xiaomi was an arm of the Chinese military and could not be trusted or supported by US entities, Xiaomi objected stating that they served the businesses and civilians.

After a few months, Xiaomi responded to the blacklist with a lawsuit which essentially resulted in exclusion from the band in March 2021 by the US District Court for the District of Columbia.

As of May 2021, the U.S. government officially rescinded the blacklist and allowed Americans to invest in the company.

However, this situation doesn’t mean that Xiaomi can immediately resume its activities. Especially, since the carrier networks need to be willing to partner with the Chinese company.

While phones might not become mainstream for a while, it doesn’t mean you can’t buy an unlocked phone yourself and reach out to a carrier. Of course, other than phones, Xiaomi’s other smart products are now being sold without any issues.

Why Xiaomi phones in US would be good?

Other than the economic benefit, Xiaomi phones going mainstream would mean that there would be an entirely new price segment of phones that are not only affordable but also high in specs. This would be more competition and aggressive pricing from all sides. Even the big players would reduce their prices.

For example, the latest Xiaomi Mi 11 and Mi 11 Ultra don’t lose out on the latest Samsung Galaxy flagships. Their camera, displays, and quick charging are extremely similar.

Most importantly, Xiaomi phones cost so little compared to its competitors. While they may not be able to price as aggressively in the US, Xiaomi’s lower prices can help take over the lower-mid market.

Additionally, the options in terms of performance can help. For example, the majority of the popular flagships are camera or display-focused and don’t offer high specs on the performance side.

However, there are roadblocks for Xiaomi to going mainstream in the country. Especially, since the majority of the consumers buy their phones via their wireless carrier. Of course, this isn’t to say that there isn’t a considerable amount of people willing to buy unlocked phones. However, Xiaomi will have to partner up with a US phone carrier to see results.

Do I need to worry about my Xiaomi phone?

Not really. If the ban was similar to Huawei, then Xiaomi would have been placed on the Entity List, which is a trading blacklist that prevents the company from trading their phones in the market and even conducting business with US-based companies.

If this was the case, then all the Xiaomi phones in the US would have lost access to certain software and even hardware, resulting in a gradual decline. Especially, as this restricts a company’s access to materials produced domestically.

This ban affected the company from a financial/investor standpoint, and users like you don’t have to be worried about your phone.

Which Xiaomi Phones Work In The USA?

Regardless of the ban, all Xiaomi phones work well in the US. Fortunately, Xiaomi was not slapped with a trade blacklist which would have resulted in hardware and even software issues.

However, there still is a minor issue. While all Xiaomi phones can be turned on and off, and connected to WI-Fi, they can only support a few network carrier bands. So, as you can imagine, the majority of the Xiaomi phones have to be unlocked phones that you buy directly from Mi.com or authorized sellers.

Since, you won’t be able to get these phones through your network provider, ensure that you get a warranty on the device as well.

As for the hardware, Xiaomi isn’t the best. However, the quality is good enough to last 4-5 years if maintained properly. Software, on the other hand, is a doozy. We recommend you delete all the bloatware that is pre-installed and constantly update the phone’s firmware.

See also  How does the Xiaomi WiFi Repeater Work? | 2022 Review

Fortunately, these are only minor inconveniences, all Xiaomi phones in general work in the US as long as you sort out the network. So, Is Xiaomi banned in the US? Read our entire guide for all the details.

Why Xiaomi doesn’t sell phones in the US?

Xiaomi only sells their ecosystem products like power banks, Air Purifiers, earbuds, projectors, and more. The reason why Xiaomi doesn’t sell its smartphones in the US is that they have very low profit margins.

Xiaomi only makes around 5% profit from smartphone hardware sales, and this allows them to offer excellent value for money smartphones. This strategy has worked for Xiaomi in Asian countries like India and China where the customers want the most value for their money.

In a market like the US, which is dominated by carriers and carrier integration into smartphones, Xiaomi will have increased its investment a lot. This along with what happened to Huawei, I don’t think Xiaomi or any other Chinese smartphone manufacturer will be comfortable investing heavily in the US.

So for now you can buy Xiaomi ecosystem products in the US from Xiaomi themselves, while you won’t be able to buy smartphones. YOu will need to go with resellers if you want to have a Xiaomi phone in the US. Here is a list of the best Xiaomi smartphones in the US and where to buy them.

What’s the Best Carrier For Xiaomi Phones in the USA?

Xiaomi phones were never designed with the US market in mind. So, you might have issues with some carrier networks. This is because Xiaomi phones do not support certain bands that US carriers use. So, you can’t just buy one of these phones and expect it to run on your favorite or pre-existing carrier.

So, while Xiaomi phones do have amazing features and sell at brilliant retail prices, you should consider doing your research before buying one. Fortunately, this issue was never affected by the ban. So, it’s always worked on certain network carriers like AT&T, T-mobile, and Mint Mobile.

Unfortunately, Xiaomi does not support Verizon’s Band 13. So, Verizon wireless pretty much won’t work on any Xiaomi or Xiaomi ecosystem phone. Additionally, these phones won’t be able to run on Verizon’s Xfinity mobile either.

As mentioned above, AT&T is compatible. However, it is not the best option as it only supports two bands. Important note: The more the number of bands the better.

The best compatible networks are T-Mobile and Mint Mobile. With Mint offering the best deals. T-Mobile on the other hand, offer amazing data support across 2,4, and 12 bands which ensure that your Xiaomi phone functions optimally.

Although the ban has been lifted in the US, it still is a long road for Xiaomi to go mainstream in the country. Their biggest challenge is to partner with a carrier network. However, the other smart products haven’t run into any issues as of yet. However, it still is one step in a better direction for the consumer electronics giant.

Is Xiaomi banned by Google?

Not exactly. Google services are banned in China. So, as you can imagine, all the phones in China don’t allow users to access Google or its services. This, of course, includes Xiaomi phones and all phones from Xiaomi sub-brands. So, if you get your hands on a phone from Mainland China, even if it is rooted, you won’t be able to use the search engine giant.

However, if you buy one of Xiaomi’s global version smartphones, then the Android phone will offer all of Google’s services, including the official updates. The global version is pretty much sold in all countries other than China.

While Xiaomi has had its issues in the US, they, fortunately, have resumed their activities and are still using Google services.

Is Xiaomi better than Apple?

Yes, Xiaomi is better than Apple. Be it performance or battery life, Xiaomi is hands down the best. For example, not only does the Xiaomi processor efficiently manage the battery life but the device offers a Qi charging (super-fast charging) option which can have your device fully charged in less than an hour, unlike the iPhone.

Additionally, Xiaomi’s display is catching up to Apple. So, if you consider all of these factors, in addition to Xiaomi’s cheap price, then the Chinese smartphones offer more value for the money.

This, of course, isn’t to say that Apple doesn’t have its pros. Especially, in the camera and UI/UX department.

Can I use Xiaomi TV Box in Singapore | Is it Legal and...

How to Use a Xiaomi Repeater | Best WiFi Repeater in 2022

Xiaomi vs Realme 2022 | Who’s Better and What’s the Difference?