Home Smartphones Xiaomi vs Huawei 2022 | Which is Better?
Smartphones 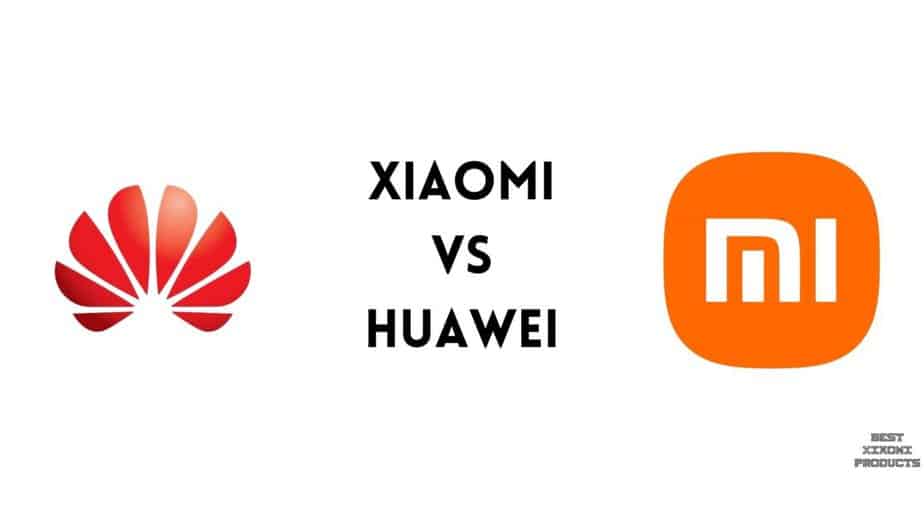 Stuck between choosing Xiaomi or Huawei for your next smartphone? Check out which brand is better in the Xiaomi vs Huawei comparison.

Although I have been quite partial to Xiaomi and its products, I have used other phones like Huawei over the years as well and they are quite good, to be honest. From personal experience, I’ve seen that both companies have their specializations.

For example, while Xiaomi dominates the Internet of things ecosystem and software to a certain degree, Huawei is the king when it comes to manufacturing and overall market experience. Xiaomi and Huawei have been duking it out for as long as I can remember and have been extremely close in their race to the top. So, check out our guide on Xiaomi vs Huawei for all the details.

The race to the top has been quite close. With Samsung and Apple alternating between numbers 1 and 2, Xiaomi has always stagnated in the 4th position while Huawei has maintained a consistent 3rd. It was only earlier this year, that Xiaomi managed to push Huawei down for the first time in overall sales.

Although it is a great accomplishment for the company, this “win” doesn’t really apply to a battle between their smartphones. And this is what we’ll be looking at today. Here’s our specific take on Xiaomi vs Huawei.

When it comes to a question which is better? It’s honestly complicated. While it is easy to compare specs between the manufacturers, both consumer electronics giants have unique factors that really set them apart. For example:

Although both companies specialize in selling multiple phones in the low to mid-range market, their goals are quite different.

Verdict: In terms of the Business model we’ve determined Xiaomi to be the winner as they have a lot more potential to grow as a company.

When it comes to marketing their products, both companies are quite different. Huawei has taken the more traditional approach of old-school advertisements, using A-list celebrities as brand ambassadors, and even using large-scale events to showcase their products. Huawei is also amazing when it comes to on-ground campaigns.

Verdict: This is why when it comes to marketing Xiaomi Is the clear winner. Xiaomi is also dominating them with their

Customer service is a huge deal. Not only does it entail the financial transaction and delivery of the smartphone but also the service they provide once the product is purchased.

Verdict: So, when it comes to Customer service Huawei is the clear winner.

The Xiaomi 12S UItra and the Huawei Mate 50 Pro are each brand’s newest flagships. Both phones offer some of the best specs in a smartphone. You will get awesome displays, superfast performance, and outstanding cameras regardless of which one you choose.

Both smartphones have identical screen specs. The 12S Ultra features a 6.73-inch AMOLED screen compared to the 6.74inch AMOLED screen on Mate 50 Pro. Both screens are 10-bit and have a 120 Hz refresh rate. They are smooth, bright, vibrant, and amazing, can’t go wrong with either.

Under the hood, both smartphones have the latest Snapdragon 8+ Gen 1 and so both the Xiaomi 12S Ultra and the Huawei Mate 50 Pro perform similarly. However, you can get 12GBs of RAM if needed with the 12S Ultra.

For photography, booth smartphones perform exceptionally well, however, the Xiaomi 12S Ultra has more natural bokeh thanks to its larger sensor. Huawei on the other hand has better video recording capabilities. And for selfies, the Huawei is a tad bit better with clarity and dynamic range.

So far, both devices feel like an even match and that continues in the battery department too. Thanks to similar battery capacities, 4860 mAh on the Xiaomi and 4700 mAh on the Huawei, and the same processor, both last for a day and more.

See also  Xiaomi vs Umidigi | Poco M3 vs Umidigi A9 Pro, Which One is Better?

Overall, both the Xiaomi 12S Ultra and the Huawei Mate 50 Pro are amazing devices. They offer some of the most impressive camera technology and don’t have any obvious downsides. If I had to pick one, I would choose the Xiaomi 12S Ultra for its design and MIUI. But it’s super close!

When it comes to a comparison of Xiaomi and Huawei Smartphones, it’s not straightforward as they dominate two completely different aspects.

Verdict: When it comes to smartphones, Xiaomi takes the cake.

There is one aspect where there is no competition and that is cameras. Huawei wins this hands down, with no questions asked. The Huawei Mate series and P series have incredible Leica cameras that are the best in the world. In fact, Huawei competes with the likes of Apple when it comes to the Camera.

Xiaomi’s camera phones have only gotten better in the recent past and the Mi 11 Ultra is a good example of an amazing camera smartphone. But neck to neck with Huawei? It’s no match!

Across all its smartphones, Xiaomi has priced them appropriately making them the better brand for customers who want the most value for their money. This doesn’t mean Huawei has bad pricing, they are just slightly more expensive for what you get.

This is a slam dunk for Xiaomi as the brand is not hit with bans in the US and by Google. Xiaomi can use Google apps and services on their smartphones and other devices, while Huawei can’t. Google services are amazing and the alternatives offered by Huawei are not up to the same level. And the cross-platform integration of Google is simply unmatched. Xiaomi easily wins in terms of Software.

Huawei’s P-series has been going toe to toe with the flagships from both Samsung and Apple. In fact, this series which is known for its camera came extremely close to ranking first last year. However, everything changed when Xiaomi launched the Mi 11 series this year. Now it’s become a full-blown brawl between the Xiaomi Mi 11 Ultra vs Huawei P40 Pro Plus. Both are camera phones and are extremely close in build and specs. So, which phone is the ultimate winner? Let’s find out.

Verdict: It’s a draw. Both have their pros and cons with neither dominating the other with their camera.

Although it is a relatively close competition. Xiaomi as a business is the winner. However, when it comes to the question of the smartphones themselves, it’s honestly a draw. Or rather a question of personal preference. If you are purely looking for a camera phone with a good design then Huawei is worth investing in. However, if your looking for a good performance-based phone then Xiaomi is at the top.

Xiaomi is a Chinese multinational consumer electronics giant based in Beijing. Although famous for primarily being a smartphone manufacturer, Xiaomi is also known for its prowess in the IoT/ Smart home space. They’ve taken of the home appliances market among many others like laptops, cameras, and apparel with their numerous sub-brands.

Unlike Xiaomi that’s less than a decade old, Huawei has been in the communications game since the 1980s. They have been a leading global provider of smart devices and communication technology-related products/infrastructure. With over 190,000 employees, this traditional company operates in more than 170 countries and serves close to 3 billion people.

Is Xiaomi better than Huawei?

Honestly, as a company, Xiaomi has the most growth potential. However, considering real-time data, Huawei is dominating the flagship space with its brilliant hardware and design, While Xiaomi is dominating the low and mid-range space. When it boils down to the specifics, Xiaomi is great when it comes to software and UI/UX and Huawei is great at the build quality. So, it actually is a conundrum and a very personal question. If you’re into camera and hardware then Huawei is your phone. However, if performance and UI.UX is your thing then Xiaomi is the absolute best.