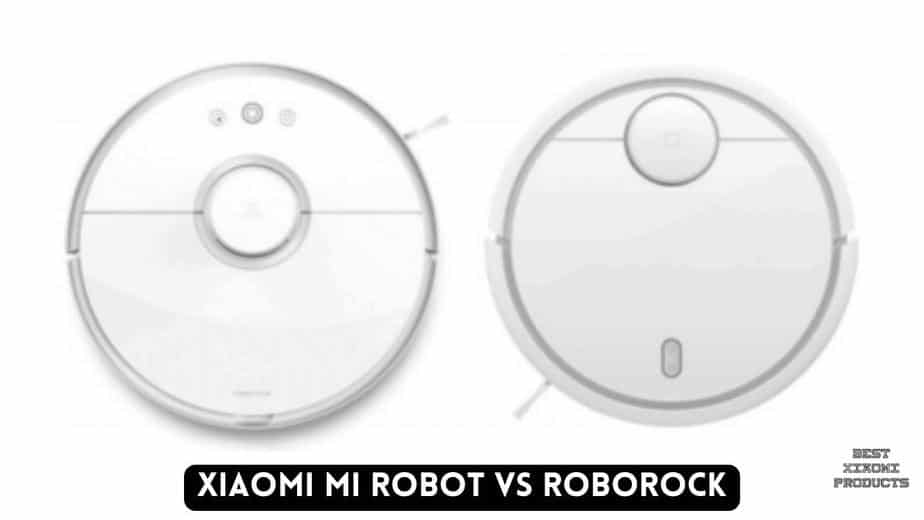 I have been using the Xiaomi Mi Robot and the Roborock for a little over a year now and it’s been the most useful device at home by autonomously completing the tasks assigned to it. Little did I know at the time that this particular Mi Robot was in fact manufactured by Roborock and was sold under the brand name Xiaomi.

Check out our Xiaomi Mi Robot vs Roborock comparison.

Yes…Roborock, a Chinese technology company that specializes in the manufacture and sale of smart home devices tied up with Xiaomi to mass-produce the Mi Robot and have since been producing some of the best Robot Vacuums in the market.

The smart robot vacuums developed by both these companies are superior devices that can clean with precision and don’t have to be handled in order to recharge their batteries. Though quite similar in many ways, each smart robot vacuum is unique making them ideal cleaning companions.

Many of us probably have no idea what robots are manufactured by Xiaomi or Roborock. To put things in perspective, the Mi Robot vacuum was created by Roborock and then released under the brand Xiaomi with additional features included.

However, after this original product launch, the company decided to adapt to its future expansion as an independent corporation making robots for other companies besides Xiaomi such as Asus, etc. nonetheless they continue to supply technical services to their strategic partner allowing them to sell products under the same brand name (Xiaomi) at a lower cost than ones made by Roborock but still of higher quality so that users might not be aware that they’re actually from a different producer.

In this article, I will take you through the similarities between the latest from these two, Xiaomi Mi Robot and Roborock.

Xiaomi and Roborock have been developing smart robot vacuums to do our bidding and it has turned out quite well, to be honest.  With loads of new features and updated robot vacuums, it’s getting harder to find the right one to suit our personal needs.

Let’s look at two of the latest from 2021 and two from last year and break down their performance, cleaning abilities, and other relevant features to make you choose the most ideal smart home vacuum to suit your needs.

Released in 2019, both the Xiaomi MiJia STYJ02YM and Roborock S5 Max are quite similar but there are a few factors that make them different from each other.

Both, the S5 Max and the Mi Robot are LDS enabled and are known for their efficient navigation around the house. But the thing most don’t know is that the Roborock manages to cover the same distance in far less time than the Mijia.

Verdict: Roborock is faster and much more efficient at navigation

Equipped with an electronic water tank, the S5 Max and the Mijia allow you to set your water flow levels but would mop in different styles. The S5 Max follows a forward and backward mopping mode whereas the Xiaomi would follow a ‘Y’ shaped pattern that can also move back and forth.

However similar these two robot vacuums are they still perform differently on carpets and hardwood floors. The Roborock was designed with the intention of getting rid of clogged hair from the sides of the vacuum. This is possible due to the fact that Roborock has removable side tips with extra bristles.

Overall Verdict: The Roborock S5 is more reliable than the Xiaomi and would be an ideal choice between the two.

A few of the important features are:

Roborock S5 Max vs Xiaomi Mi Robot – Which should you get?

Two new age models from Roborock and Xiaomi, the S6 MaxV and the Mijia 1S were launched in 2021 with a couple of updated features and sensors. Primarily, they both have similar structures, battery capacities and mapping modes.

Among the four commonly used sensors in the market, the S6 MaxV is equipped with carpet boost and anti drop sensor whereas, the Xiaomi 1S comes only with the anti drop sensor.

Verdict : Though Anti drop is an important sensor to have, most houses have carpeted floors rather than a staircase. The Roborock S6 MaxV wins this round hands down.

The cleaning abilities with the S6 MaxV are far more advanced and designed to do almost everything except dispose of the dirt automatically. With 2500 Pa suction power as compared to Xiaomi’s 2000 Pa, the S6 MaxV can clean and wet mop simultaneously which is not possible on the  Mijia 1S.

Verdict : The Roborock S6 MaxV performs well and wins this round with its superior capabilities.

Both devices house 2 cameras to view their surroundings but only the S6 MaxV comes equipped with a reactive AI that let’s it detect fallen objects up to 1.1 inches as an obstacle and proceed around it.

Overall Verdict: The S6 MaxV can clean for longer and collect more dust than the 1S. The wet mop ability in the S6 MaxV is a god-send and which makes it perform better than the Xiaomi 1S.

The most notable features of the Mijia 1S are:

The key features of the S6 MaxV are:

Between both these robot vacuums, it’s clear which is much more adaptable and is equipped with updated features. Unfortunately, the only drawback to owning the Roborock S5 Max and the Roborock S6 MaxV is the high price.

On the other hand, Xiaomi’s Mi Robot and the Mijia 1S are much more affordable but lack certain specs and won’t be preferred by all.

If you’re looking for something that sweeps, mops, and can be controlled from afar,  I’d suggest you jump in for the Xiaomi Mijia STYJ02YM as it has it all (apart from carpet boost) and is relatively affordable.

If you’re looking for an all-rounder and are open to paying a premium rate, then look no further because Roborock is built for you.

This article Xiaomi Mi Robot vs Roborock is a comparison between two of the latest robot vacuums and two from the previous generation. All in all, any one of these robot vacuums can do the job for you, it’s solely based on what your preferences are.

What are the differences?

The Roborock S5 is slightly better than the Xiaomi Mijia 1S Robot Vacuum. The Roborock S5 has better built, maneuvers itself more effectively, has more automation features and can clean high-pile carpets better. It also has a longer maximum battery life, though the Xiaomi Mijia 1S charges faster. The Xiaomi also performs better on low-pile carpets and has an easier time cleaning pet hair on floors.

Is Roborock made by Xiaomi?

Which is better, Roomba or Xiaomi?

Roomba is better at the high end while Xiaomi offers better budget and midrange robot vacuums. Xiaomi is known for offering premium products at affordable pricing and it shows in its vacuum cleaners too.

Which model of Xiaomi robot vacuum is best?

Is Xiaomi robot vacuum worth it?

Yes, absolutely, Xiaomi Robot Vacuum offers a lot of bang for the buck. They offer excellent cleaning performance, decent build quality along with good tracking and features which make them a great choice, especially for the price.

Is Roborock same as Xiaomi?

What’s not known to most is that the Mi Robot was originally manufactured by Roborock under the Xiaomi branding. Roborock is a separate brand and is funded by Xiaomi, but not owned by Xiaomi. They are different brands in an ecosystem.

How do I connect my Mi Robot Vacuum to WiFi?

1. Start by opening the Mi Home Application.
2. Raise the lid of the vacuum cleaner and press on the two WiFi buttons simultaneously until the indicator starts to blink.
3. Tap on the Scan button in the Mi Home App
4. Click on the name of your vacuum and finally assign the WiFi SSID and password.

What is Mi Home App?

The Mi Home App is an official Xiaomi application that was created to control all your Xiaomi Smart Home products. You can configure your lighting, fan, lamps, vacuum cleaners, and security camera from within the Mi Home App. Check out our guide on Xiaomi Mi Robot vs Roborock for more details.

Is Roborock better than Xiaomi?

Roborock sells their robot vacuums at a much higher price and boasts of much better features, Roborock is better than Xiaomi when it comes to suction power, the sound emitted, app features such as a virtual wall and climbing onto carpets. Xiaomi sells a budget variant and is much cheaper than the Roborock.

What is the difference between Mijia and Roborock?

Mijia means Smart Home in Chinese and is Xiaomi’s term for all their Smart Home products. Roborock and Mijia have no connection. The Xiaomi Mijia 1C model is Roborock’s competitor.